Most of the racial profiling complaints made by two Black men after a traffic stop against a Louisiana sheriff’s office have been dismissed by a judge.

According to NOLA.com, the ACLU — on behalf of Bruce Washington, who lives in Bogalusa, and his cousin, Gregory Lane of Mandeville — filed a federal lawsuit earlier this year against the St. Tammany Parish Sheriff’s Office. The men alleged that a racially motivated 2021 traffic stop violated their rights.

U.S. District Judge Lance Africk has thrown out most of the claims in the lawsuit filed in late March, just over a year after the March 13, 2021, traffic stop, including one that deputies unlawfully prolonged the stop. The only allegation Africk didn’t dismiss claimed Washington, the driver, was subjected to an unlawful search when deputies frisked him since he did not verbally consent.

Africk also rejected the sheriff’s office’s request for attorney’s fees, claiming the lawsuit wasn’t frivolous, irrational, or without merit despite some charges getting dropped.

According to attorney Chadwick Collings, his client Randy Smith, the sheriff of St. Tammany Parish, expressed satisfaction with the dismissal of all claims except for the one relating to Washington’s search.

“The court found that with respect to that particular claim, the plaintiff has made a factual allegation which can survive a motion to dismiss at this early stage in the litigation,” Collings said, NOLA.com reported. “The sheriff is confident, however, that his deputies handled this entire traffic stop appropriately and that this one remaining claim will also ultimately be dismissed.” 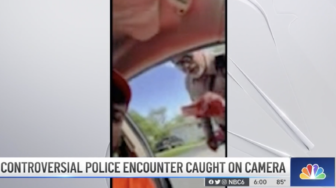 According to the authorities, Washington failed to use a turn signal, and the officers delayed the men for 20 minutes before they were released. Africk cited a different case in his decision to note the lack of a “constitutional stopwatch on traffic stops.”

The cousins’ lawsuit asserts that because Lane was the passenger, St. Tammany deputies should not have checked for a warrant unless there was more justifiable suspicion against him. Africk countered that higher courts have determined that officers can request identification from a passenger and conduct a background check, stating that doing so did not unreasonably prolong the encounter.

During deputies background check, they discovered that Washington had an outstanding Washington Parish traffic warrant. The judge disagreed with the lawsuit’s claim that officers’ refusal to let the driver get documents out of his car to prove he had resolved the situation prolonged the stop. 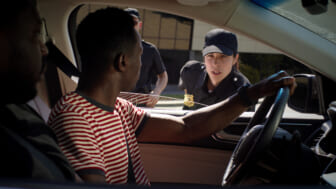 “The Court doubts whether refusing to allow Washington to return to his car to retrieve paperwork amounts to an unconstitutional lack of diligent investigation,” he wrote, NOLA.com reported.

Africk added that the court notes “officers are permitted to order occupants out of a car during a traffic stop — even without additional reasonable suspicion — it stands to reason that an officer may prohibit an occupant from returning to the vehicle once further reasonable suspicion — here, in the form of an apparently open warrant against the driver — has materialized.”

The plaintiffs have submitted a motion requesting that the lawsuit’s petition be revised. Bridget Wheeler of the ACLU, representing Washington and Lane as their lead attorney, stated that the case would center on the denial of her clients’ ability to petition under the 1st Amendment and the remaining illegal search allegation.