While many performers thank God when they win an award, Jennifer Hudson went the extra mile at the “Byron Allen Presents theGrio Awards.” She broke out in song during her acceptance speech.

Hudson, a two-time Grammy Award-winning singer and recipient of the Trailblazer Icon Award at the inaugural ceremony, sang with her signature power, “I am full of Holy Ghost power. Thank you, Father, for your power; it has resurrected me!”

Afterward, the talk show host noted that she sang because she isn’t “used to talking” at such events. “Singing calms my spirit, so I had to come up here and sing a song,” she explained.

Hudson went on to thank Byron Allen, Allen Media Group CEO (and owner of theGrio), for providing a platform for Black people. “Thank you, Mr. Allen, for giving us a space and a place to be seen and heard, to be acknowledged,” Hudson said.

She also gave props to fellow honorees at theGrio Awards. “We have so many greats out here that have paved the way and I’m just taking notes from you, Mr. [Tyler, Icon Award] Perry and so many others. Miss Patti LaBelle [Music Icon], Miss Queen Latifah [Television Icon Award]. It’s so filling and inspiring to be in this type of space and place.” 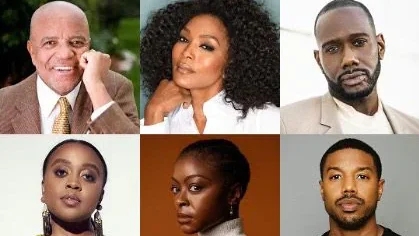 The multi-talented performer quipped that she can now add theGrio Award to her laundry list of trophies. “I was over there trying to put the word together,” she said. “I got to add this to the EGOT. What do I call it?” In 2022, Hudson entered the exclusive club of people who have won an Emmy, Grammy, Oscar and Tony award.

The Chicago native also spoke about leaning on her faith to succeed, particularly in the face of the murders in 2008 of her mother, brother and nephew. “It’s coming up on the anniversary of when I lost my family,” Hudson said with emotion. “And I was just sitting over there thinking and God spoke to me in that moment. He said, ‘Get up. I want you to get up and I want you to keep going.’ So, to stand here and say that I’ve come this far by faith and I am a woman of faith. And that’s what’s brought me through this trailblazing track of my life.”

Correction, 11/22/2022 5:12 p.m. ET: An earlier version of this story featured the incorrect year for the murder of Jennifer Hudson’s family. The story has been updated.

Watch “Byron Allen Presents theGrio Awards” at 8 p.m. on Nov. 26 on CBS and on Nov. 27 on theGrio Cable Network. Check your local listings.