‘Queen Sugar’ was the gift that kept on giving and now that it’s over, I’m thankful for every single person who brought it to life

OPINION: Creator Ava DuVernay's series was original in every way, showing a version of Black life not typically seen on television.

I started watching “Queen Sugar,” the show created and produced by Ava DuVernay, from the beginning. I’m not even sure why I started watching it, but I suppose the trailers and such seemed compelling enough. Boy were they right. For one, I’d never seen anything like “Queen Sugar” on television. It’s the story — based on the novel of the same name written by Natalie Baszile — of the Bordelon family from fictional St. Josephine Parish in Louisiana trying to keep their land and family together in the midst of trials and tribulations. That’s a simplistic overview, but it gets to the heart of the show: Charley, Nova and Ralph Angel are siblings, who along with their Aunt Vi (short for Violet) face tremendous obstacles that threaten their land, their sugar cane farming on that land and the very relationships between them all. 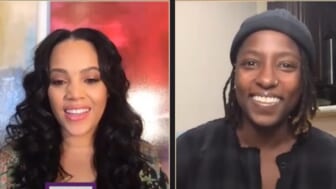 And the story unfolded beautifully. Over seven seasons — on episodes all directed by women — the Bordelons took us on emotional rollercoasters; there were gains and losses, battles with the white elites and the police, family in-fighting, crimes and recovery, political aspirations, COVID-19, scandal, healing, family and love. I can’t stress enough how much I love(d) “Queen Sugar.” For many reasons. For instance, me and you, your mama and your cousin, too, have never — I repeat, never — seen a character like Ralph Angel in television or movies before. I actually struggle to think of a character I’ve ever read in a book that was as nuanced as Ralph Angel. Played by Kofi Siriboe, Ralph Angel was progressive — his son played with a female doll named Kenya for a good portion of the early seasons — and this manly man, Southern Black farmer didn’t have an issue with it all. He was very pro-Black, listened to Nas, made horrible decisions with significant criminal circumstances and was entirely committed to his family, but at times was very immature and at other times, a community leader.

I’m really not doing a good job of explaining it; I honestly think you could do a class on Ralph Angel Bordelon and just how much depth his character was given. From his relationship to his parenting and his views on fatherhood to his empathy and understanding of marginalized people, Ralph Angel checked off boxes you would never think existed. The writers of the show deserve all of the kudos for his persona and the runway they gave Siriboe to execute the vision.

Nova (Rutina Wesley) and Charley (Dawn-Lyen Gardner) also were forces to be reckoned with. There is no problem I didn’t think Charley couldn’t fix. I think a spinoff show with Olivia Pope and Charley Bordelon West would be amazing. And Nova — and I swear I mean this in the most respectful, positive way possible — was a beautiful mess of a human. She is one of the most talented, feeling individuals I’ve ever seen while also being one of the messiest and quickest to succumb to her temptation. A true organizer and woman of the people, her work often seemed at odds with who she either was or wanted to be, and it made for some of the most compelling stories. There were times in the show when I absolutely hated Nova, and that is a testament to the writing and indulgence the show took with her character. You both wanted to root for her and kick her out of the family at the same time. 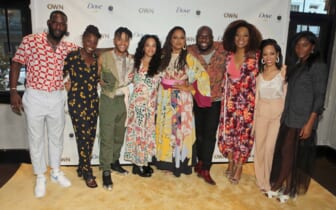 Aunt Vi (Tina Lifford) and Hollywood (Omar Dorsey) were like the soul of the show and kept it as grounded as they could when not dealing with their own personal issues. And Darla (Bianca Lawson), who had such a tremendous character arc that by the time the show ended all you could do was root for her; I wanted to give her the world’s biggest hug JUST to show her how proud I was of her and how far she was able to come. And I mean a genuine hug. I cared that much.

Really I could do this all day with all of the characters because they mattered and showed a version of Black life unseen before, really. And if you showed up for the characters, you were absolutely staying for the visual representation of this world. “Queen Sugar” took such care with how the characters looked onscreen that you couldn’t help but remark about how beautiful the whole show looked — from the setting down to the lighting; any show dedicated and concerned with how Black people looked onscreen should just watch the entirety of this series, from the opening episode to its finale.

And there is absolutely no way I can do this without speaking of the music. Listen, I spent so much time using my Shazam app to find songs. I remember watching season two in particular and being so impressed with how well the music was used to tell stories from artists I’d never heard of. For instance, the use of the Ngaiire song “Fall Into My Arms” STILL, as in today, brings tears to my eyes for both how beautiful the song is and how well it was used for storytelling purposes. If the only thing I ever got out of watching “Queen Sugar” had been that song, it would have been seven seasons well worth it, and I genuinely mean that. True story, I might rewatch the entire series again JUST so I can get back to that emotional resonance I felt at some points.

For me, “Queen Sugar” was a gift that keeps on giving. I gained so much from watching the show, seeing a world that I was unfamiliar with that I learned to care about. I cared about the performances and the actors. I cared about their story, their past, their future. I had moments with the show, particularly around a resonant storyline with Mr. Prosper (Henry Sanders) that I got so choked up about that I couldn’t finish an episode on my first viewing; I needed time. Do you know how hard it is to make me walk away from a television show about people who aren’t real? Difficult, I say. Difficult. But that’s what “Queen Sugar” gave me and everybody else who took the time to watch; a show for us to care about with people who felt like family. I hope they’re all doing alright now that I don’t get to check in with them weekly, and I’d wager that’s the best you could ever wish for as a show: I wish them the best in their fictional world because the time they gave me will sit with me forever.

To everybody involved with “Queen Sugar” from Ava DuVernay and Oprah all the way down to anybody who helped in any way, I truly thank you for the time and care taken. You’ve given us a world. I do not take that for granted.