OPINION: Representation matters, but symbolism will only get you so far. We must hold Black leadership accountable.

Some in the Black community do not want to hear about any criticism of Black politicians, but here it goes. This is about transparency and accountability and ensuring that we have Black leaders as opposed to leading Blacks who take the money and run, and ask what these folks are doing in our name.

We should be proud of someone such as Hakeem Jeffries (D-N.Y.) for assuming the Democrats’ top leadership post, the first Black person to lead a party in Congress. After years of waiting in the wings to assume the leadership of his party in Congress, Rep. Jeffries will do well. At the same time, we must ask if he will do well for and by Black people. We must ask what any particular Black elected official will mean for the masses of Black folks and other marginalized people. 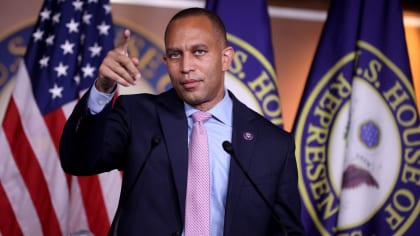 Also Read:
Who is Hakeem Jeffries, the next likely Democratic leader in the US House?

Without question, representation matters. Having Black committee chairs, such as Rep. Maxine Waters on the Financial Services Committee or Gregory Meeks on the Foreign Affairs Committee, or Bennie Thompson on the Jan. 6 committee makes a difference. And the new generation of Black leaders on the Hill is promising, with young leaders in the mold of community organizer and state representative Summer Lee — the first Black woman going to Congress from Pennsylvania — and activist Maxwell Alejandro Frost of Florida — the first Gen Z member of Congress. Maryland Governor-elect Wes Moore and Pennsylvania Lt. Governor-elect Austin Davis are other examples of the transformative promise of Black politics.

Looking at Congressman Jeffries, his Brooklyn energy and swagger are necessary to fight the Republicans. Take, for example, when he dragged Supreme Court Justice Clarence Thomas, asking “why are you such a hater? Hate on civil rights. Hate on women’s rights. Hate on reproductive rights. Hate on voting rights. Hate on marital rights. Hate on equal protection under the law. Hate on liberty and justice for all. Hate on free and fair elections,” Jeffries said.

That energy is a good thing for the Black community when targeted against MAGA Republicans, insurrectionists, white nationalists and those who would take away our rights and support those who want to shoot us down in our churches, mosques and synagogues. But it’s not so wonderful when Black leaders channel that same kind of energy toward progressives who are fighting for the community or who accept contributions from special interests who are fighting against the interest of Black people.

Although a member of the Progressive Caucus with a record on civil rights and voting rights, Rep. Jeffries has differentiated himself as a “mainstream” Democrat as opposed to those from what he calls the “extreme left” and “hard-left democratic socialists.” And he co-founded a Team Blue PAC to protect moderate and conservative Democratic incumbents and keep progressive challengers out of Congress.

All of this would suggest that as a Democratic leader, Jeffries would not speak out against Israel’s “rising fascism and racism” under its Trump-aligned extremist Netanyahu government, or the racist treatment of Palestinian Arabs and Africans. Jeffries has said he disagrees with Israeli and international human rights groups that call the nation an apartheid state.

AIPAC’s sponsorship of Jeffries helps the Black community about as much as the pharmaceutical industry’s $1.6 million in contributions to Rep. Jim Clyburn (D-S.C.) over a decade. Clyburn has received more pharma money than any other member of Congress, and perhaps this has an impact on his positions.

After all, the South Carolina lawmaker is one of the most vocal opponents of Medicare for All, which would replace private health insurance with a free government plan for all people. During the 2020 Georgia Senate runoffs, Clyburn curiously said if “we are going to run on Medicare for All, defund the police, socialized medicine, we’re not going to win.” 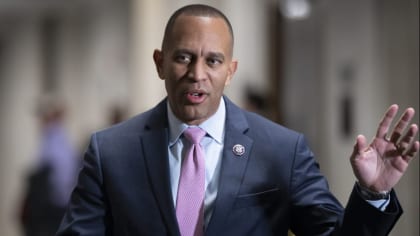 Meanwhile, Medicare for All is popular in Clyburn’s state, which ranks 34th in the nation in health care, and has the second highest rate of medical debt in the country. Black people in South Carolina and elsewhere have a higher risk of cancer, stroke, diabetes, heart disease, hypertension and Alzheimer’s. Black women are more likely to have negative health outcomes related to pregnancy and birth, and their children are more likely to die in their first year of life.

And Medicare for All is most certainly a racial justice issue, as racism, poverty and lack of health insurance fuel racial health disparities such as high Black maternal mortality, and Black people, including Black essential frontline workers, are more likely to be uninsured. And nearly one in three Black adults has a past-due medical bill. Medicare for All would address these racial health disparities, yet Clyburn apparently was paid to oppose it.

Black America, we have been here before. When Obama was president, a segment of the Black population was reluctant to criticize the first Black president because being the first Black president was hard work. Some complained that he was not looking out for Black interests, and yet he certainly looked out for Wall Street — as opposed to Black homeowners who lost historic amounts of wealth in the Great Recession. And in the end, maybe the Black community did not gain as much as they thought during the Obama years.

Representation matters, but symbolism will only get you so far. We must hold Black leadership accountable.