OPINION: College basketball coaches from around the country join forces to help end discrimination on and off the court.

Few basketball coaches can rival “Coach K” in wild success and immense popularity. Before he retired last season, Mike Krzyzewski led Duke University to five national titles and led Team USA to three Olympic gold medals. But his most impressive work off the court might be a passionate video he released in June 2020.

“Black lives matter,” he begins, pausing between each word and then following with a dare to the hesitant: “Say it. Can’t you say it?

“ … Do we not see the problem, the disease, the plague that has been with our country for four centuries? Do we not see systemic racism and social injustice? … It’s manifested in so many ways: criminal justice; the killings we’ve seen and haven’t seen; the denial of economic opportunities for our Black community; educational opportunities; health care.” 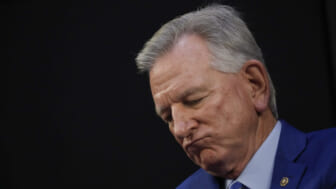 He’s preaching to the choir over here, but the message is appreciated.

It’s posted on the home page of Coaches vs. Racism, which launched around the time Coach K implored America to quit being so racist. The national nonprofit is hosting its second annual HBCU Roundball Classic in Houston this week, continuing to raise awareness of the obvious.

Not to diminish Coaches vs. Racism, but we need more politicians vs. racism and more police vs. racism. Can we enlist thousands of prosecutors, judges, bankers, landlords, educators, employers and doctors to sign up, too?

Meanwhile, coach Kelvin Sampson is here for it.

His fifth-ranked Houston Cougars face North Carolina A&T in the HBCU Classic on Tuesday, Dec. 13. Last month, he donned an “Eracism” T-shirt after Houston hosted Texas Southern in the Cougar Classic. “Racism hasn’t gone anywhere,” he said in his postgame remarks. “There’s a lot of people uncomfortable talking about it. The people who are most uncomfortable are people who probably have a tint of it in them.”

A Lumbee Native American born in North Carolina, Sampson has always identified with Black folks. His father was among a group of Lumbees who drove the Ku Klux Klan out of town in 1958. Sampson used to accompany his dad to segregated coaching clinics where minority coaches sat upstairs in metal folding chairs, while white coaches sat downstairs in theater seats.

His generation is better off, but Sampson wants better yet for his grandkids, using sports as a platform for dialogue and action. Among the peers who agree with him is Montana coach Travis DeCuire, who works in a state that’s 0.6% Black. DeCuire became the first Black head coach — male or female — at Montana in 2014, and he didn’t hide his anger or frustration six years later during the height of George Floyd protests.

“I was very outspoken back during COVID and the George Floyd situation,” DeCuire said during a Coaches vs. Racism press conference last week. “… I’ve been the only Black man in the room for the majority of my life, and this is just another opportunity to educate people, whether it’s creating a level of comfort or sharing perspective.”

DeCuire said he’s among a group working to reestablish the Black Coaches Association, which in the 1980s and early ‘90s was led by outspoken advocates such as John Thompson, John Chaney, Nolan Richardson and George Raveling. In addition to fighting for equity in coaching hires, they railed against measures like the NCAA’s Proposition 48, which disproportionately affected Black athletes.

Sampson is pleased that Black coaches continue to work behind the scenes, “doing a lot of grassroots things that are bubbling underneath the surface.” He sees progress in the Pac-12/SWAC Legacy Series that debuted last month. For a change, the bigger schools played at the HBCUs, flipping the script for home-game receipts. The victories are more than figurative, too; Texas Southern and Prairie View A&M men’s teams beat their visitors from Arizona State and Washington State.

“There’s a war out there that we want to win, but you’ve GOT to win battles along the way to get there,” Sampson said. “Having these events and attaching the term ‘racism’ to it — whether it’s a tournament or press conference or conversation — there’s no negative. It can only be a positive.” 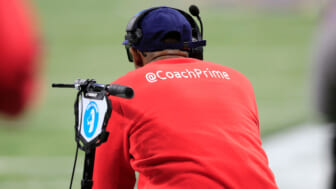 Prairie View A&M faces Montana in the Dec. 17 opener (followed by Jackson State vs. Texas Tech). Byron Smith was a star player at Houston and now coaches at PVAM. “We have a lot of relationships at the University of Houston and in the Third Ward community where George Floyd was raised and grew up,” Smith said. “With the platform, we have right now, we have to continue to push awareness and be agents for change.”

And let’s see more white coaches speak out like Krzyzewski.