The death of beloved entertainer tWitch reflects an increasing crisis of self-harm among African-Americans.

Editor’s note: the following article includes a discussion of suicide and suicidal ideation.

“I didn’t think it would get any better,” said Tyler Perry in a video posted to Instagram last week, reflecting on his own past struggles with suicidal ideation in the aftermath of the death of Stephen “tWitch” Boss. For those familiar with the 40-year-old entertainer’s tremendous dancing talent, buoyant presence on Ellen DeGeneres’ daytime show, or countless online videos with his family, the circumstances of his death felt inconsistent with his ebullient public persona.

“He was always full of life, it seemed like, such a light,” Perry noted in his video, echoing the words of many upon hearing the news. 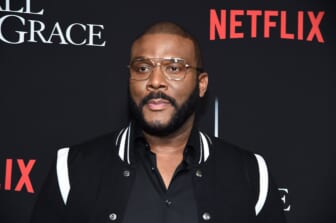 However, the tragedy of tWitch’s death highlights a disturbing uptick in suicides among Black Americans, one increasingly demanding our attention due to a spate of high-profile deaths. In addition to tWitch, Ian Alexander, Jr. (son of Regina King), former Miss USA Cheslie Kryst, comedian Jak Knight, “Walking Dead” actor Moses Moseley, and Hyattsville, Md. Mayor Kevin Ward are among those whose suicides made headlines in 2022. But according to a February report by the University of Houston, these deaths are reflective of a larger mental health crisis affecting Black Americans.

“Over the last decade, suicide rates in the United States have increased dramatically among racial and ethnic minorities, and Black Americans in particular,” said Rheeda Walker, professor of psychology and director of the University of Houston’s Culture, Risk and Resilience Lab and author of “The Unapologetic Guide to Black Mental Health,” in the report.

Walker attributes the rise to “a cultural legacy of survival in the face of brutal circumstances” that discourages many from seeking help when they need it — or even identifying that help is needed. A 2011 study co-authored by Walker further explains that, as a result, Black people who are struggling with suicidal thoughts are often “hidden ideators.”

Previous research has indicated that individuals who identify with the Black community may be hesitant to disclose suicide vulnerability due to beliefs that suicide is a denial of Black culture and identity (Early & Akers, 1993). … Following qualitative analysis, they described beliefs that exist within the Black community that because of the “Black struggle,” Black Americans are more resilient and, consequently, suicide is more of a White American problem. Racialized suicide attitudes and beliefs potentially undermine “universal” suicide prevention campaigns aimed at increasing public awareness and education. 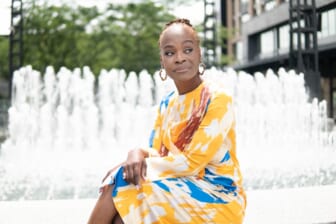 While the overall suicide rate declined by three percent between 2019 and 2020, the Centers for Disease Control and Prevention (CDC) reported a 5.5 percent increase in suicides among African Americans, identifying it as a leading cause of death among African-American youth. But strikingly, the age group experiencing the highest increase in suicides is Black Americans aged 25 to 34 — and as is reflective of the overall U.S. suicide rate by gender, Black men are dying at three times the rate of Black women.

However, also striking is that suicides among Black Americans may be grossly underreported. According to the Suicide Prevention Resource Center, suicide rates among Black people in the U.S. occur at a third of the rate of white people. However, researcher Ian Rockett posits that data is likely inaccurate, as many could-be suicides are classified as undetermined causes of death — an outcome directly correlated to a systemic lack of access to diagnostic resources and mental health treatment.

In fact, there is “consistently less information” recorded by medical examiners on Black deaths, “be it a suicide, homicide or an undetermined death,” noted Nusrat Rahman, a senior researcher at the American Psychiatric Association who, along with Rockett and fellow researchers, co-authored the report: “Using natural language processing to improve suicide classification requires consideration of race.” Making a case for more accurate reporting through the implementation of race-specific data, the study found that “misclassification excess is endemic for Black suicide.”

Further complicating accuracy in reporting is that drug-related deaths are often not classified as suicides. “I would conservatively estimate that 15 percent of drug overdoses labeled undetermined are likely suicides,” Nora D. Volkow, director of the National Institute on Drug Abuse, told Scientific American. When one considers the 44 percent increase in drug overdose deaths of Black Americans recorded by the CDC in 2020 — presumed by many researchers to be an outgrowth of the opioid crisis spreading to Black communities — the mislabeling could be staggering.

CDC information from 2019 to 2020 shows that if 15 percent of the 15,907 Black undetermined overdose deaths were misclassified suicides, their estimated suicide rate for Black Americans would be 12.5 per 100,000 people versus the official rate of 7.5 per 100,000—a 67 percent higher rate than previous calculations.

What can be done? In addition to making mental health conversations more common and culturally relevant to Black Americans, medical professionals must become more thorough in their care, analysis and reporting of how mental health issues manifest in non-white individuals. That reporting can then be used to inform public health policies and allocate necessary resources.

“Suicide is a preventable public health problem, and it’s time we get proactive in addressing it,” said Walker.

Maiysha Kai is theGrio’s lifestyle editor, covering all things Black and beautiful. Her work is informed by two decades of experience in fashion and entertainment, great books and aesthetics, and the brilliance of Black culture. She is also the editor-author of Body: Words of Change series.