Bill Cosby says he will tour again next year

The 85-year-old comedian hopes to perform live stand-up comedy in the spring or summer of 2023.

Bill Cosby is setting his sights back on stand-up comedy. He disclosed during a radio interview on Wednesday that he intends to tour again in the coming year.

Cosby, 85, appeared on the “WGH Talk” show with host Scott Spears for a rare interview, according to Variety. Spears asked him if he would be able to tour again. In response, Cosby answered, “yes.”

Andrew Wyatt, Cosby’s representative, stated that the comedian is hoping to return to the road in the spring or summer of 2023. He hasn’t toured since his release from prison in 2021 after serving nearly three years of a possible 10-year criminal sexual assault sentence for drugging and assaulting Andrea Constand at his home in 2004.

“When I come out of this, I feel that I will be able to perform and be the Bill Cosby that my audience knows me to be,” Cosby said during the interview. When Spears asked if he was planning a tour next year, Cosby replied, “Yes, because there’s so much fun to be had in this storytelling that I do. Years ago, maybe 10 years ago, I found it was better to say it after I write it.”

Wyatt first revealed Cosby’s plans to do live comedy again last July, stating that “the world wants to see Mr. Cosby.” According to various media accounts, Cosby was planning to produce a five-episode documentary about his life and career. It won’t be the first.

Showtime and comedian-producer W. Kamau Bell’s “We Need to Talk About Bill Cosby,” which premiered in January, explored the complicated legacy of the comedian. The Emmy-nominated docuseries unpacked how to weigh Cosby’s contributions to television and culture against the dozens of allegations of sexual assault over the years. 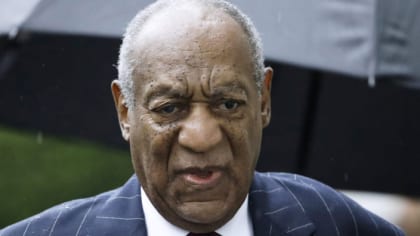 Cosby’s last televised comedy special was 2013’s “Far From Finished” on Comedy Central. Netflix produced a stand-up special with the comic titled, “Bill Cosby 77,” according to Entertainment Weekly. It was set to stream in 2015 but was shelved amid the sexual assault allegations.