After canceling over 50% of its flights during the holiday weekend, Southwest became this week’s hot topic — and a cautionary travelers' tale.

Americans across the country are furious with Southwest Airlines after a widespread system failure at the carrier left thousands stranded this holiday season.

The ongoing saga began because of bad weather from Winter Storm Elliot, which created delays and cancellations for holiday air travelers on all carriers just days before Christmas. However, while other airlines have recovered since Dec. 22, Southwest continues to struggle, experiencing increases — rather than reductions — in its percentage of flight cancellations.

Regardless of whether the companywide chaos personally impacted you, the meltdown has captured the country’s attention — including that of the federal government. Here’s a breakdown of the situation and how it might continue to affect travel for weeks or months to come.

The root of the issue

The mass delays and cancellations caused revealed a more significant — and literally systemic — issue within Southwest. According to senior Southwest employees, the problem stemmed from an internal system failure.

“What went wrong is that our IT infrastructure for scheduling software is vastly outdated,” said Capt. Mike Santoro, vice president of the Southwest Airlines Pilots Association. “It can’t handle the number of pilots and flight attendants that we have in the system with our complex route network.”

This led to the nightmarish situation that Southwest representative Jay McVay described during a press conference. “As a result, we ended up with flight crews and airplanes that are out of place and not in the cities that they need to be in to continue to run our operations,” he explained. “So, that is ultimately exactly how we ended up where we are.”

Santoro, who’s been with the airline for 16 years, further explained how Southwest’s point-to-point system “put a lot of crews in the wrong place without airplanes.” 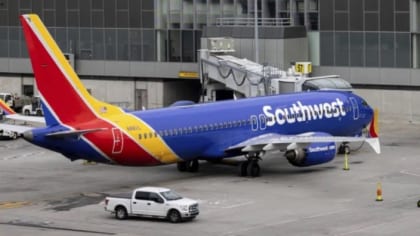 What is a point-to-point system?

The point-to-point model is a system that some airlines, including Southwest, use to fly planes from destination to destination rather than have them return to a central hub. Many travelers aren’t aware, but after most planes fly to a destination city, they typically return to a hub. This system is referred to as “hub and spoke,” and it is used by most carriers.

While the point-to-point model sounds straightforward, it can be reduced to a big, scrambled puzzle when inclement weather delays become a variable. Most airlines could shut down specific routes during Storm Elliott, but Southwest’s point-to-point model — compounded by the carrier’s outdated technology — made it hard for staff to return to normal after delays.

Why is this situation so bad?

Because 2022 is the first full year of travel since the pandemic, anyone traveling by plane knows delays and cancellations are always possible. Within the last week — which included Christmas Eve and Christmas — Southwest canceled approximately 13,000 flights. Also, flight tracking website FlightAware reported that the airline canceled about 71% of its scheduled flights. As of Thursday, that number dropped to 57%, but Southwest is still responsible for the most cancellations for flights within, into, or out of the United States.

The carrier is no stranger to high cancellation rates. In October 2021, it canceled more than 2,000 flights in four days because of bad weather in Florida. Compared with other airlines, Southwest had the most cancellations. These patterns, coupled with statements from union officials like Santoro, have prompted the U.S. government to investigate the recent meltdown.

U.S. Secretary of Transportation Pete Buttigieg stated that the situation is unacceptable. “We will penalize Southwest as we would any airline to the tune potentially of tens of thousands of dollars per violation,” said Buttigieg. “If they fail to meet what is required of them to take care of passengers.”

The impact on passengers

In addition to being stranded during a major holiday, customers have experienced other significant impacts from the mass cancellations. Southwest customer service lines have stretched across airports and phone lines have remained busy as passengers pursue answers.

Additionally, many passengers have had to search through thousands of checked bags from canceled flights to find their personal belongings. So much so, that passengers have been helping each other locate luggage.

Buttigieg has put the onus for lost bags on the airline, stating that “Southwest is required to reimburse passengers up to $3,800 for provable direct or consequential damages resulting from the disappearance of, damage to, or delay in the delivery of a passenger’s baggage.”

Passengers have also been spending exorbitant amounts of money on hotel bills, alternative travel plans, and repurchasing personal items packed in lost luggage. Adding insult to injury, the price for last-minute flights on other airlines has spiked because of demand. According to NPR, one-way tickets from Chicago to Denver, for example, have skyrocketed from $139 to $599. The inflation has even affected flights in areas like California that Storm Elliot did not impact.

How are passengers being compensated?

If Southwest canceled your flight this holiday season, you could rebook or request a full cash refund for the flight. Thanks to recent changes at the U.S. Department of Transportation (USDOT), airlines “are required to provide a prompt refund to a ticketed passenger, including those with nonrefundable tickets, should the passenger choose not to accept the alternative offered, such as rebooking on another flight.”

Though the airline may try to offer you a voucher for another flight as a form of repayment, you can request a direct refund in the ticket’s original form of payment, Buttigieg confirmed.

Suppose you choose to rebook your flight with Southwest. In that case, the airline will allow all passengers traveling through January 3, 2023 to rebook at no additional cost or to exercise the option to fly on standby within 14 days of their original flight. If you don’t want to endure long airport lines, you can rebook your flight on Southwest’s website or by phone (but you should still expect long wait times).

Additionally, Southwest is one of several airlines to previously commit to providing meal vouchers for customers who experience three-hour or longer delays and hotel rooms for cancellations because of issues under the airlines’ control. These perks are part of USDOT’s customer service initiative.

While Southwest has promised to reimburse “reasonable requests,” the airline cannot by law limit the financial compensation customers receive daily. Additionally, Buttigieg confirmed the airline’s promise to refund alternate transportation such as other airline tickets, rental cars, etc. So even if the airline takes a case-by-case approach, it is imperative that you know your rights as a passenger. 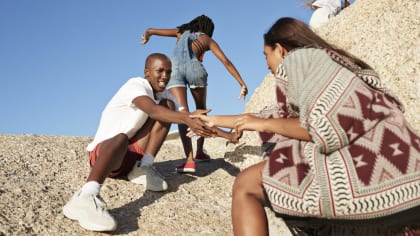 Also Read:
Planning 2023 travel without a companion? Find your people in a Black travel group

If cancellations and delays disrupted your travel plans between December 24 and January 2, save your receipts because reimbursement remains an option. According to Southwest’s website, passengers may submit receipts for reimbursement and the airline will “honor reasonable requests for reimbursement for meals, hotel, and alternate transportation (such as rental cars, or tickets on other airlines).”

For more details on passengers’ rights, visit USDOT’s Airline Customer Service Dashboard, where you can review policies or file a complaint if the airline fails to help you.

As Southwest CEO Bob Jordan said in an interview with Good Morning America, “there will be a lot of lessons learned that come out of this.” However, details on how the airline plans to upgrade its system to avoid similar catastrophes in the future have not yet been disclosed.

“We already had a great plan to invest in tools and technology and processes as we always do,” said Jordan, “but there will be a lot of lessons learned in terms of what we can do to make sure this never happens again.”

Haniyah Philogene is a multimedia storyteller and Lifestyle reporter covering all things culture. With a passion for digital media, she goes above and beyond to find new ways to tell and share stories.