No release date has been set for “Lovely One.”

NEW YORK (AP) — Supreme Court Justice Ketanji Brown Jackson is working on a memoir. Jackson, the first Black woman appointed to the court, is calling the book “Lovely One.”

“Mine has been an unlikely journey,” Jackson said in a statement released Thursday by Random House. 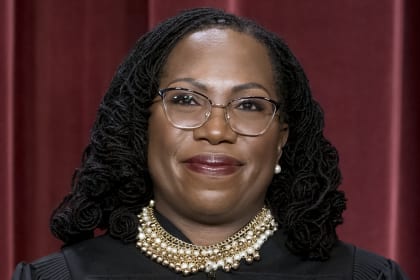 “But the path was paved by courageous women and men in whose footsteps I placed my own, road warriors like my own parents, and also luminaries in the law, whose brilliance and fortitude lit my way. This memoir marries the public record of my life with what is less known. It will be a transparent accounting of what it takes to rise through the ranks of the legal profession, especially as a woman of color with an unusual name and as a mother and a wife striving to reconcile the demands of a high-profile career with the private needs of my loved ones.”

No release date has been set for “Lovely One.” Jackson, 52, was born Ketanji Onyika Brown. The book’s title comes from the English translation of Ketanji Onyika, the name suggested by an aunt who at the time was a Peace Corps worker in West Africa. 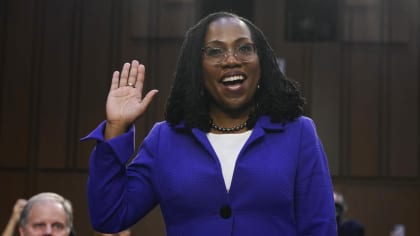 Jackson joined the court last year after President Joe Biden named her to succeed the retiring Stephen Breyer. She had previously been a judge on the U.S. Court of Appeals for the District of Columbia Circuit.

“My hope is that the fullness of my journey as a daughter, sister, wife, mother, litigator, and friend will stand as a testament for young women, people of color, and dreamers everywhere,” Jackson added, “especially those who nourish outsized ambitions and believe in the possibility of achieving them.”

“Lovely One” is Jackson’s first book, but not the first by a current member of the Supreme Court. Justices Neil Gorsuch and Sonia Sotomayor are among those who have released books in recent years. Justice Amy Coney Barrett has a deal with the Penguin Random House imprint Sentinel.

Financial terms for “Lovely One” were not disclosed, although interest in her makes it likely her advance is at least comparable to the 7-figure deals negotiated in the past for memoirs by Sotomayor and Justice Clarence Thomas.

In announcing Jackson’s book, Random House called it a story she tells with “refreshing honesty, lively wit, and warmth.”

“Justice Jackson invites readers into her life and world, chronicling the experiences that have shaped her,” the announcement reads in part, “from growing up in Miami with educator parents who broke barriers during the 1960s to honing her voice as an oratory champion to performing improv and participating in pivotal student movements at Harvard to balancing the joys and demands of marriage and motherhood while advancing in Big Law — and, finally, to making history upon joining the nation’s highest court.”