OPINION: President Biden's judicial appointments are the most diverse of any U.S. president. He and the Senate are making great progress in reshaping the federal judiciary to better reflect the makeup of our nation.

For most of American history, systemic racism and sexism combined to prevent Black women from becoming federal judges. To his credit, President Joe Biden has turbocharged their appointment to the federal bench, giving America the benefit of their unique talents and perspectives.

Biden’s judicial appointments are the most diverse of any president in American history. This is a welcome and long-overdue development. 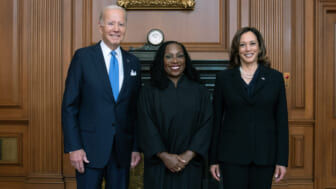 Most notably, the Democratic-controlled U.S. Senate confirmed Biden’s appointment this year of Justice Ketanji Brown Jackson as the first Black woman to serve on the U.S. Supreme Court in the court’s 233-year history, following the appointment of 108 white men, two Black men, four white women and one Hispanic woman.

Importantly, the Senate has also confirmed 68 district court judges and 28 circuit court of appeals judges nominated by Biden, the office of Senate Judiciary Committee Chair Dick Durbin, (D-Ill.) told me Wednesday. About 75 percent of the federal judges appointed by Biden are women, nearly 70 percent are people of color, almost half are women of color, and nearly 25 percent are Black women. At least four are LGBTQ+.

In sharp contrast, only 24 percent of former President Donald Trump’s judicial appointments were women, and just 16 percent were people of color (including a mere 4 percent who were Black people).

The Senate has confirmed a record 11 Black women nominated by Biden to appellate court judgeships — more than the eight Black women appointed to such judgeships in all of American history before Biden took office. Trump didn’t appoint any Black women as judges on federal appeals courts.

One of Biden’s most historic appointments comes with that of Judge Dana Douglas, a New Orleans-based federal magistrate judge who has been confirmed by the Senate to serve on the 5th U.S. Circuit Court of Appeals. The 5th Circuit in its 131-year history is composed of this country’s most conservative states in the Deep South — Louisiana, Texas and Mississippi. It was not until 1994, 103 years after its founding, that Judge Carl E. Stewart became the first Black judge appointed to the bench. In 2011, Judge James E. Graves joined the bench as the second Black judge to be appointed. Now, more than a decade later, Douglas becomes the first Black woman to sit on one of the most conservative courts in the nation.

Despite what some Republicans claim, Biden isn’t appointing unqualified people of color and women to the federal judiciary. Many of his appointees are, like Justice Jackson, graduates of excellent law schools with years of experience serving on federal and state courts.

But the ugly truth is that until recent years, few Black people and even fewer Black women were considered for federal judgeships, no matter how qualified they were.

Making the federal judiciary look more like our diverse population advances the cost of justice.

Issues like abortion rights, domestic violence, sexual misconduct, sex discrimination and the difficulties of juggling child care with a job have a greater impact on women than men.

Issues such as racial discrimination, police misconduct, poverty, underfunded schools, substandard housing, the lack of access to affordable health care, and the need for equity and affirmative action have special impact on the Black community. 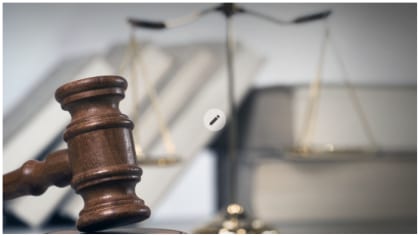 These issues frequently come before the courts. Black and female judges should play a role in deciding them and can help their colleagues from different backgrounds better understand how the issues impact Black people and women.

Most people have never heard of the pioneering Black people and women who broke the white male monopoly in the legal profession and judgeships. Let me tell you about a few.

Macon Bolling Allen became the first Black person licensed to practice law in the United States in 1844, at a time when slavery flourished and the Constitution didn’t even grant Black Americans citizenship. Unable to make a living because most white people didn’t want to hire a Black lawyer, he took an exam and became a justice of the peace in Massachusetts, making him the first black judge in U.S. history.

Women were barred from the legal profession entirely for nearly the first 100 years of America’s existence. Arabella Mansfield, who was white, became the first female lawyer in American history in 1869, followed three years later by Charlotte E. Ray, who became America’s first Black woman lawyer. Discrimination prevented Ray from getting enough clients to keep her law practice going, forcing her to return to a career as a teacher after just a few years.

Importantly, the barrier-breaking lawyers like those I’ve highlighted have served as role models to inspire a whole new generation of Black people — including my own niece, a 2020 graduate of the Southern University Law Center — to become lawyers. That’s a welcome sign of better days ahead.

No one can turn back the clock to wipe out the centuries of discrimination that kept so many Black people and women out of the legal profession and barred them from judgeships. But President Biden and the Senate are making great progress in reshaping the federal judiciary to better reflect the makeup of our nation. We should all be grateful for that and look for further progress.