Andrew Tate is Black? Say it ain’t so!!

OPINION: The professional misogynist has a Black father, but is it OK to kick him out of Blackness for his repugnant views?

Touré   |
In this grab taken from video released by Observator Antena 1, Andrew Tate is led away by police in the Ilfov area, north of Bucharest, Romania, on Thursday. Romanian news outlets are reporting that the divisive social media personality and his brother have been arrested on charges of human trafficking and rape. (Photo by Observator Antena 1 via AP)

I was today years old when I learned that Andrew Tate is Black. The news was, for me, of course, devastating. We already have Kanye in our family. Now this? Tate is a cretin who’s famous for saying outrageously misogynistic things and teaching men how to be toxic. He’s one of the biggest internet celebrities of the day even though, right now, he’s in a Romanian jail after being arrested in a human trafficking case. He has not yet gone on trial, but even without a conviction, Tate is one of the most noxious people in modern public life. To suddenly discover that he’s Black — one of ours — was sickening. Like, I read that and got sick. I vomited right on my computer. It was a mess. That said, Tate’s Black father is quite inspiring.

Andrew’s dad, Emory Tate, is one of the greatest Black chess players of all time. Grandmaster Maurice Ashley, perhaps the best Black player ever, once said, “Emory Tate was absolutely a trailblazer for African-American chess.” Emory Tate of Chicago became an international master known for his aggressive, attacking style. He won over 80 tournaments and died of a heart attack in 2015 in the middle of a chess tournament. He was mid-game when he passed out. Andrew said, “My dad taught me everything. Absolutely everything. And my fighting style in the [kickboxing] ring mimics his on the board.” 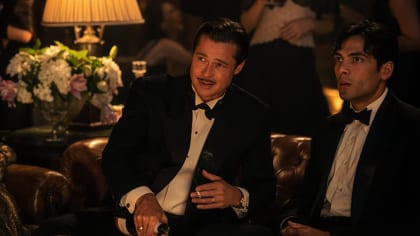 Also Read:
‘Babylon,’ an ode to old Hollywood, is an extraordinary film

When I mentioned on Twitter that Andrew Tate was Black, most of the responses went into one of two camps — “he doesn’t look Black, ergo, he’s not” and “he doesn’t move like he’s Black so… he’s not.” These responses are, of course, troubling. Blackness is not erased because it’s not visibly obvious. Black people come in all colors. Light-skinned folks — Dwayne “The Rock” Johnson, Jennifer Beals, Malcolm X — are just as Black as their darker-skinned sisters and brothers. To those who said Tate doesn’t “move” like he’s Black, I’ll admit I was triggered. Does that mean he doesn’t “act” like he’s Black or that he doesn’t go around trumpeting it? Is there a way of being Black that, if you deviate from it, cancels your Blackness? The negation of someone’s Blackness is a serious thing that we throw around far too lightly. It’s a joke, but it’s not. It’s actually a fairly serious rejection — can I just dislike someone without saying, you’re out of the tribe?

The fact is Tate has, at times, talked about it — once when he feared that a story about him would turn out negatively, he told the reporter, “I want to put out there that if you guys decide to do a hit piece that you are cis-gendered white males and I am an ethnic minority. I am half African-American as you can tell, and as a person of color, I find it extremely offensive you’re going to do a hit piece on me.” He has also said that white people “suffer from more racism today than any other race,” which, I admit, does not really help my case, but I already told you he’s a cretin, and we’re not kicking people out of Blackness just because we hate them.

Andrew Tate is not invited to the cookout for many reasons but to say he’s “not Black” because we don’t like the way he does Blackness is dangerous. It suggests a sort of racial fascism where people are expelled from the tribe because they’re not “doing it right.” We’re a people who are highly innovative, creative and countercultural, so it’s strange to impose some sort of dogma on personality.

We all deserve the freedom to perform our identity the way we want without fear of somehow losing our Blackness. Besides, even if you’re an “Oreo” who ignores or actively rejects Blackness, that still doesn’t erase it. When you show up to a job interview, get pulled over by the cops, try to buy or sell a home or get a bank loan, you will be reminded that no matter what you do, people will see you as Black and will treat you that way. No amount of rejecting Blackness and cozying up to whiteness will actually earn you a scintilla of white privilege. Ask O.J. Simpson. Better yet, ask Jay-Z about O.J. “O-K.”

The story of Tate is, strangely, not that different than the story of Meghan Markle, another biracial celebrity with a racially ambiguous look. We love and proudly claim the Duchess of Sussex even though most of her life, she’s had a relationship with Blackness that was, at best, tenuous or tepid. She looks Black to me because I have Black-dar, but I bet a lot of the white people and some of the Black people who watched her on “Suits” were surprised to learn that she’s Black. Does she “move” like she’s Black? Definitely not. But we claim her because she makes us proud. She has a standing invitation to the cookout, no doubt. But there’s more to it all than that. 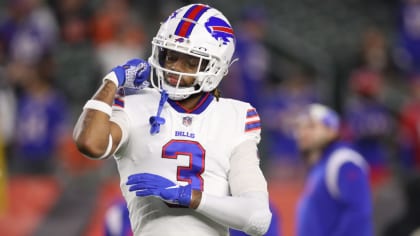 Being in the Black community is like being part of a large family. We call each other brother and sister and auntie and play-cousin. In any family, there are people we don’t like. For example, I can’t stand my Uncle Johnny, and I don’t care if he reads this. He knows what time it is. But that doesn’t mean he’s not in my family. We share blood whether I like it or not.

I don’t like having Andrew Tate in our extended family, but I hate the idea of kicking people out of our family much more because that’s definitely a slippery slope — today it’s Andrew Tate getting kicked out for being a cretin, tomorrow it’s someone who likes country music and hates hip-hop or someone who speaks in a way that’s too proper or someone who married white or some other counter-normative thing.

Tate is Black, and I don’t like him, and I don’t like that he’s one of ours, and if someone wants to try to trade him in the racial draft then I won’t stand in your way (even though I think his trade value is at an all-time low right now, but I digress). I think it’s important to give all Black people the freedom to do Blackness in the way that they want even if they use that freedom to make mistakes because there isn’t really any freedom without the freedom to make mistakes.

That said, I would love to have a mock trial and kick Candace Owens out of the family. Her whole project is about being a foot soldier for white supremacy. She’s a professional traitor. Yeah, we should probably kick her out. There has to be a boundary somewhere.