The annual Indio, California music and arts festival will take place over two weekends in April.

Bad Bunny, BLACKPINK and Frank Ocean are the headliners for Coachella 2023.

Golden Voice, the promoter of the annual music festival, made the announcement and disclosed the full lineup Tuesday on Instagram. It will take place over six days and two weekends in April at the Empire Polo Club in Indio, California.

Bad Bunny will open the festival on April 14 and headline again on April 21. Those two days will feature performances from Burna Boy, Kaytranada, Metro Boomin, Pusha T, Tobe Nwigwe, Idris Elba and others.

BLACKPINK is scheduled for April 15 and 22. Other featured acts include Charli XCX, 070 Shake, EARTHGANG, Dinner Party and $uicideboy$.

Ocean will serve as the final performer of each weekend: April 16 and April 23. Other sets slated for those days include Kali Uchis, A Boogie, GloRilla, Rae Sremmurd and Latto. 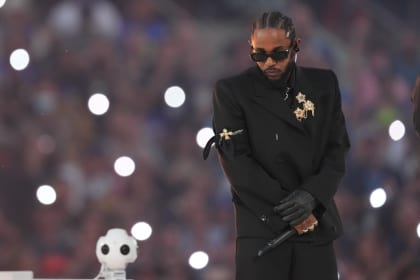 Tickets and passes are available at coachella.com. Presale begins at 11 a.m. PT on Friday. Fans are encouraged to purchase passes for Weekend 2 because only “very limited Weekend 1 passes remain,” according to the Instagram post.