The Emmy Award-winning comedian detailed his entire thought process when he was offered the gig to host the award show's return to television.

The Golden Globes just got the Jerrod Carmichael treatment! The 80th annual awards ceremony returned on Tuesday to NBC and Peacock, with the Emmy Award-winning comedian, actor, and writer immediately addressing the controversy surrounding the show and its governing body, the Hollywood Foreign Press Association (HFPA).

The Golden Globes returned to television this year after taking a year off, following significant backlash for a series of ethical lapses and persistent lack of diversity within the HFPA, as previously reported by theGrio.

In his opening monologue, Carmichael wasted no time addressing the elephant in the room at the Beverly Hilton Hotel. “I am your host Jerrod Carmichael, and I’ll tell you why I’m here … I’m here cause I’m Black!” He continued to break down why the Globes did not air last year, saying the HFPA did not “have a single Black member until George Floyd died.” 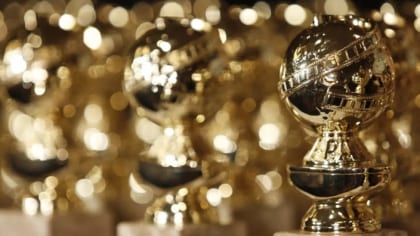 Sitting down on the steps of the stage, Carmichael then recalled the moment he got a call from a producer to host the Globes. “I was like, ‘Woah, one minute you’re making mint tea at home, the next you’re invited to be the Black face of an embattled white organization … life really comes at you fast, you know?”

He explained that he had felt conflicted and expressed his concerns that he had only been asked to host the show because he is Black. While the producer assured Carmichael that his talents were the draw, Carmichael said he took his concerns to his “homegirl Avery,” who, for the purposes of the monologue, represents “every Black person in America.” While he expressed moral concerns to his friend, after learning they offered him $500,000 to host, she reportedly told him to do it. 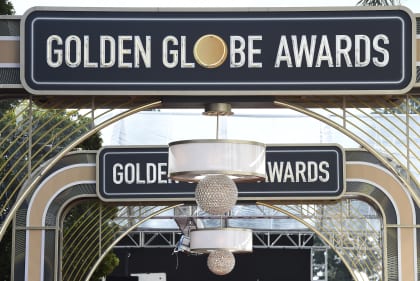 Also Read:
Golden Globes are back on TV, but are reform efforts enough?

Carmichael’s monologue continued to detail his acceptance of the gig, how he avoided taking a meeting with the president of the HFPA, and more. “Regardless of whatever the Hollywood Foreign Press Association’s past may be, this is an evening where we get to celebrate, and I think this industry deserves evenings like these,” he concluded.

As viewers may remember, Carmichael is hosting the show after an extremely successful 2022. The performer dropped his latest comedy special, “Rothaniel,” on HBO to rave reviews and even hosted “Saturday Night Live,” which also received critical acclaim. His comedy special earned him the Emmy for Outstanding Writing for a Variety Special.