Bar Vegan, Pinky Cole's Atlanta spot, allegedly paid tipped employees $2.13 an hour while requiring them to give up 25 percent of tips they earned.

Morgan Georgia, who worked at Cole’s Bar Vegan restaurant in Atlanta’s Ponce City Market for over two years, claims the eatery withheld her share of earned tips while compensating the employee at a rate far below the federal minimum wage, according to Fox5 Atlanta.

Bar Vegan allegedly paid tipped employees $2.13 an hour while requiring them to give up 25 percent of their tips.

Last month, Georgia filed a collective-action lawsuit against the bar, Cole and its other proprietors.

“The allegations are and what our clients say is that Bar Vegan was keeping a large percentage of tips to cover operational costs in the restaurants,” said attorney Travis Foust, who is representing Georgia and other former employees, according to Fox5.

If the accusations are true, the practice would violate the Fair Labor and Standards Act, which, Foust noted, compels restaurants to permit employees to keep 100 percent of their tips if they are earning less than the minimum wage. 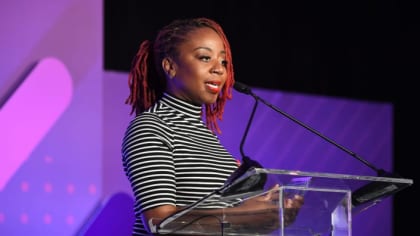 His clients are requesting compensation for their losses in the form of attorney’s fees and money they earned while working.

“Tips are clearly the crucial part of their compensation; people can’t live off of $2.13 an hour, people can’t pay their bills on $2.13 an hour,” said Foust, Fox 5 reported, “which is why the regulations only allow that to happen if they’re allowed to keep 100% of the tips.”

The co-owners of Bar Vegan are disputing nearly all of the claims in the lawsuit. 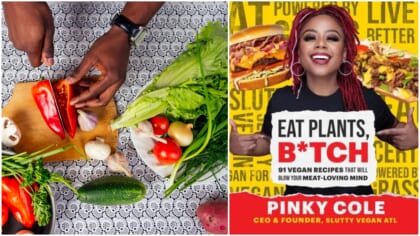 Their lawyers acknowledge that the establishment treated Georgia as a tipped employee. However, they contend employees received payment beyond that, which “would satisfy, in whole or in part,” any claim seeking alleged unpaid minimum wages or overtime, or any other financial relief.

Cole posted a response to the complaint on her official Facebook and Instagram profiles Wednesday night. “Today Show canceled my segment,” she shared, with a lengthy caption in which she denied all allegations of withholding money from employees and called out news reporters for “fishing for clicks” related to her reputation.

“Since I was a kid, I have only operated with integrity,” Cole said via Instagram. “I don’t lie, I don’t steal and more importantly, I DON’T PLAY WITH PEOPLE’S MONEY.”

The CEO claimed she wasn’t initially familiar with the lawsuit, as she does not handle day-to-day operations at Bar Vegan.

“What do I gain withholding someone’s hard earned money when my blessings overflow EVERYDAY? When I’m helping people EVERYDAY! When I’m using my resources to put people on EVERYDAY.. employees included!” Cole continued. “My life’s work is in service, and this negativity don’t match my name.”

She called the accusations a wicked narrative and said she was defying her lawyer’s recommendation to keep quiet since her standing was at stake.

“At the end of the day, my name means more to me than any money that could EVER go in my bank account,” Cole asserted, “and I will NEVER let anybody destroy that.”