Bridges was the first Black student to attend her Louisiana elementary school more than 60 years ago.

NEW ORLEANS (AP) — The New Orleans school that was desegregated by a young Ruby Bridges in 1960 officially became a stop on the Louisiana Civil Rights Trail as a marker commemorating the event was unveiled Thursday.

Bridges, who was 6 years old when she first walked into William Frantz Elementary School in New Orleans, didn’t attend Thursday’s event. But members of her family were there as Lt. Gov. Billy Nungesser and others spoke of her family’s courage in the days of vehement opposition to the desegregation.

“She walked these stairs and not only changed the course of integration in this city, but also the course of history. This is never lost on us as a staff and a student body,” Principal Jasmine Graves Black-Clemons said. “We are grateful for her sacrifice.” 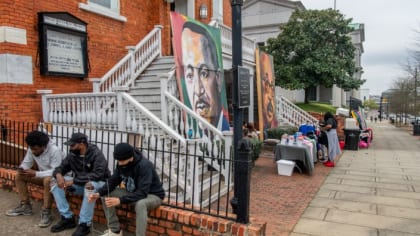 Nungesser, who as lieutenant governor oversees state tourism, said he took steps to establish a Louisiana Civil Rights Trail after hearing of similar projects in Alabama and Mississippi.