US stops hundreds fleeing Haiti, Cuba by sea, returns most

MIAMI (AP) — The Coast Guard returned another 177 Cuban migrants who were caught at sea off Florida to the island on Thursday, while a group of about two dozen Haitians swam ashore in Miami.

The Cuban migrants were all intercepted separately off the coast earlier this month, according to a Coast Guard news release. They were repatriated by two Coast Guard cutters.

Twenty-five Haitians who had traveled by sailboat from Port-de-Paix, Haiti, swam ashore at Virginia Key, a small island just southeast of downtown Miami, and were taken into the custody of U.S. Customs and Border Protection, agency spokesman Michael Selva said.

Good Samaritans among island beachgoers helped some of the migrants ashore with small boats and jet skis, Selva said.

Dozens of additional migrants still aboard the sailboat were being processed by federal officials at sea, which typically means they are returned to their home countries.

Increasing numbers of Cuban and Haitian migrants have attempted the risky Florida Straits crossing in recent months to illegally enter the Keys Island chain and other parts of the state as inflation soars and economic conditions deteriorate in their home countries. 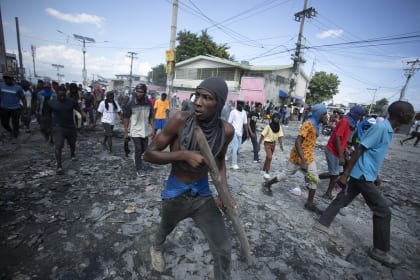 The spike among Cubans has been especially pronounced. Since Oct. 1, 2022, the Coast Guard has interdicted more than 4,900 Cuban migrants at sea, as compared with more than 6,100 Cubans intercepted during all of fiscal 2022, which ended Sept. 30, according to the news release.

The latest returns and landings came just after President Joe Biden’s administration began a new policy to start turning back Cubans, Haitians and Nicaraguans at the Texas border, along with Venezuelans, who arrive illegally.

The administration also is offering humanitarian parole for up to 30,000 people a month from those four countries if they apply online, pay their airfare and find a financial sponsor.

Migrants who arrive illegally and don’t immediately return home will become ineligible for the new parole. U.S. officials are hoping this will deter sea arrivals by offering a safer alternative and a pathway to residency. 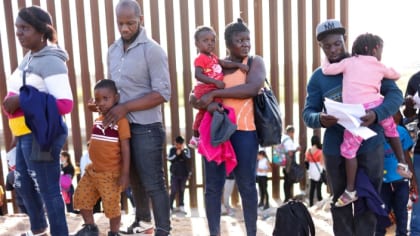 The U.S. Embassy in Havana, Cuba recently resumed processing migrant visas, and said Wednesday that some initial Cuban applicants already had been accepted under the new parole. In the Haitian capital, Port-au-Prince, would-be applicants have flocked an immigration office in recent days to apply for passports needed for the U.S. program.

Coast Guard Lt. Cmdr. Mark Cobb said in a statement that with the new legal pathways available for migrants “we urge all people to use the safe and legal means available to travel to the United States. Don’t put your life at risk by taking to the sea when you don’t have to.”