DAVOS, Switzerland (AP) — The head of the Nobel Peace Prize-winning World Food Program says support from donors like the United States and Germany have allowed it to postpone — though not entirely avert — famine in Somalia but stressed that “we’re not out of this yet.”

WFP Executive Director David Beasley said countries in the Horn of Africa have faced “unprecedented climate impact” from years of drought, and the U.N. agency had been expecting to announce famine in Somalia before donors “stepped up in magnificent ways.”

“And we’ve been able to — I don’t know if the right word is ‘avert’ famine — but we definitely have postponed it,” he told The Associated Press at the World Economic Forum meeting in Davos, Switzerland, on Tuesday. “We’ve been fortunate so far, given the climate shocks inside Somalia. But we’re not out of this yet.”

But he warned that “we still could end up with a famine technically in Somalia” because “famine-like conditions” already exist.

“Once you officially declare to be a famine, well, it’s too late,” Beasley said.

Famine is the extreme lack of food and a significant death rate from outright starvation or malnutrition combined with diseases like cholera. A formal famine declaration means data shows more than a fifth of households have extreme food gaps, more than 30% of children are acutely malnourished and over two people out of 10,000 are dying every day. 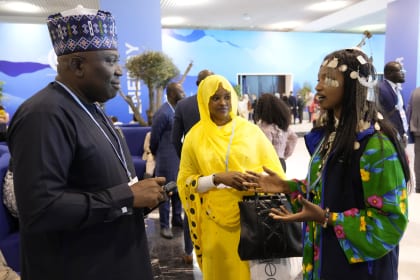 Beasley, who has announced plans to step down in April, has parlayed his political experience as a former Republican governor of the U.S. state of South Carolina to wrest greater funding for the World Food Program from Washington under both the Biden and Trump administrations.

The United States announced $411 million in additional funding for Somalia’s crisis last month after a report by the U.N. and other experts said more than 8 million Somalis are badly food insecure because of drought and high food prices. Thousands have died.

When Beasley took the job in 2017, some 80 million people worldwide were on the brink of starvation and faced chronic hunger. Conflict, climate change and COVID-19 have caused that to balloon to 350 million today because of economic devastation and supply-chain disruptions.

“You think you can’t get any worse. Then the breadbasket of the worldis shut down: Ukraine,” Beasley said. “Now (the country has) the longest bread lines in the world,” alluding to Russia’s war that has upended food production and exports from Ukraine.