The Markleverse is a wild, chaotic, mud-throwing brouhaha. I’m here for it.

OPINION: Meghan Markle is both beloved and hated. Some of the hate is related to things that many mixed-race people face.

Ever since I wrote about Meghan Markle, I have been pulled deep into the Markleverse, and there’s a war going on down here. It’s intense. There are Markle supporters who think she could probably walk on water and Markle haters who think she’s the spawn of Satan. It’s that polarized — either she’s a victim of the royal family’s racism, or she’s a lying attention whore who’s just unlikable. I love Meghan, but more than that, I love a good fight, and down here in the Markleverse it’s a wild, chaotic, mud-throwing brouhaha. I love it here.

I asked myself why I’m so dug in for Meghan, and I think it’s a few things. A lot of times, we form a first impression of someone and then fight to maintain it because we’d rather not ever say we were wrong or that our intuition about someone was off — it would be frightening to think we’re not a good judge of people. We’d rather shape the world to have it fit our first impression instead of admitting that our people-judging skills are fallible. My first impression of Meghan was shaped, in part, by the Black American community. As soon as she became famous for being with Harry, many of us lauded her as a beautiful, graceful trailblazer who was bringing a little Blackness into the whitest of white families.

We love a good Black princess story. We love a nice reverse gentrification story. I remember talking about Meghan with Andre Leon Talley, the fashion icon, and every time he said her name, he said it with extraordinary reverence, painstakingly accentuating every syllable of her name and never saying it without her title — the Duchess of Sussex. It was as if he was giving her her flowers with his sharpest possible articulation.

Yes, when we first heard about the Black-American woman who was marrying into the royal family — and that her wedding guests included Serena Williams and Oprah — she seemed like someone who was making us proud. Apparently, many others had a different first impression, one surely shaped by the British tabloids who were ruthless toward her from day one and primed people to think this once-divorced, non-royal, Black American was an unworthy interloper who did not deserve to be part of the vaunted royals.

I did not realize until recently that where you fall in this whole epic Markle-Harry-royal family soap opera is partly shaped by which party you most identify with. My friend Kristen Powers said in her Substack newsletter, “The quote that has occurred to me repeatedly as I have watched reactions to Harry and Meghan is, ‘We don’t see things as they are, we see them as we are.’”

We see things as an extension of ourselves. I stand up for Meghan because I identify with her. I do so because she’s Black, so I feel a kinship with her, but more than that, like her, I know what it’s like to spend time inside overwhelmingly white institutions and how that experience can be corrosive to your soul. It can be hard being the only one in the room, and when Meghan says she was otherized and pushed into depression and considered suicide, I get it. I have felt that depression, and I have seen other Black people go through it. Sometimes the constant drip drip drip of microaggressions is too much. So her comments ring true to me.

Being in the Markleverse doesn’t feel that different than arguing with Trump supporters — like them, much of what the Markle haters say is silly or downright untrue. They say she’s entitled or obnoxious or a bad person, but they don’t have real evidence to back up their claims. They want their position to feel factual, but it’s purely emotional. They just don’t like her. I’m not saying that the Markle haters are racist, but there’s value in having a royal that “everyone” hates and it was easy to get people to hate the Black one. But that leads to a racial dynamic playing out in this situation that I’ve seen over and over. 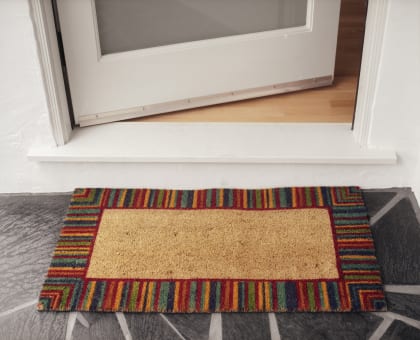 Both online and in real life, I keep encountering Markle haters who say, in effect, she’s not really Black or she’s trying to pass for white, or she didn’t care about being Black until she entered Harry’s family. They’re dismissing her claims of dealing with racism from the family and the British press by discounting her Blackness. They’re saying she’s lying about the core of who she is — her identity. That’s a wild charge to make, but it’s also not unusual. Mixed or biracial people have their Blackness challenged or questioned or doubted all the time. They’re often told or made to feel that they are not nearly white enough for white people and yet also not quite Black enough for Black people. In this situation, Markle was definitely not white enough for the family, and while many Black people love her and support her, several Black people on Twitter have told me that they don’t care about her because she never cared about being Black.

Markle has become a Rorschach so anything she does can be read by either side as proof that they’re right — either she’s a victim escaping her racist captors and pushing back against them, or she’s a grifter who never deserved to be a royal in the first place. She’s either courageous or whiny. She is an icon for our time, a Black woman who’s in the spotlight because of both her proximity to elite whiteness and her subsequent rejection of elite whiteness. Whether those facts bring you joy or anger may have to do with how you feel about whiteness and whether you feel like its long, slow erosion is exciting or horrifying.