OPINION: I now comprehend why the Markle haters hate her, but I love her.

When I see Meghan Markle, I see a beautiful, graceful, elegant woman who’s navigating a very tricky situation in the best way she knows how. She’s an American commoner who suddenly became British royalty only to be so viciously criticized by all sorts of people so much so that she feels it’s all put her mental health and even her life in danger.

She’s also a Black woman who says Blackness hasn’t been a big part of her life until recent years — she says she wasn’t “treated as a minority as a child,” which I think means, “no one was ever mean to me because I’m Black.” But after she entered the royal family, race became a huge issue in her life, and many people were mean to her precisely because she’s Black. And yet, her ascendence — can we call it that? Maybe no. Let’s say her move into the royal family was exciting and even inspiring for many Black Brits and Black Americans because it validated Black female beauty, and it represented a crack in a glass ceiling that many never thought would be touched. The British royal family represents the whitest of white people. For many, they are the embodiment of white superiority. To have a Black person join them changed the game. 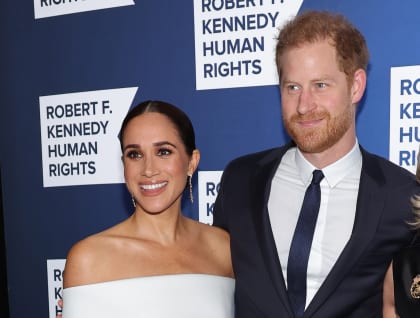 Many people see Markle quite differently than I do. For some reason, she is widely hated, especially in England but also by many white Americans, too. When I Googled to figure out why Markle is so hated, I was on the lookout for some horrible thing she’d done to merit all the hate. I mean, famous people in England — adult men — are writing stuff like dreaming of her being paraded naked through British streets “while the crowds chant ‘Shame!’ and throw lumps of excrement at her.” (That column by Jeremy Clarkson has been removed, and he’s apologized for it. But he also said what he believed and his editor saw fit to publish it.)

What has Markle done to deserve widespread attacks and hatred? Had I missed some horrific news story about her? Did she drive drunk and murder someone? Did she say hey, maybe Hitler wasn’t a bad guy? I mean, the amount of hatred she gets is greater than the hate that many people who’ve done truly horrible things get. What’s going on?

I went down a rabbit hole and found a lot of flimsy excuses. Stuff that sounds like people decided to hate her and then looked for reasons why. They’re mad that she held hands with her husband at the queen’s funeral — too much PDA. She cried at the funeral — she’s fake sad. Prince Harry held an umbrella for her at some event — she’s stealing his spotlight. She wore a dress that royals are not supposed to wear — why do you care about their arcane rules? She was mean to some unseen person in some out-of-context moment we saw a snippet of on the internet. She’s rich, but she cares about the poor and the environment, which makes her a hypocrite. She curtsies wrong. She’s controlling poor Harry. She’s fame hungry. She’s… I threw all that balderdash out because it’s all a smokescreen for what’s really going on here. Those are the things that are socially acceptable to say, but they’re not the real problem.

Yes, of course, part of the real problem is race. Markle entering the whitest of the globe’s white families thus forcing people to see Black and white as equals is extremely frightening for people who value whiteness and view the royals as an important symbol of it. When Markle took Blackness into that family, she showed the world that white people are not a superior race. A Black person can be their equal. That eats at the soul of some people. Royals are supposed to only marry other royals thus feeding the notion of their inherent specialness.

Markle circumvented all of that, and the notion that she broke the rules is very triggering to people who care about such things. R.S. Locke, a freelance writer, explained it this way in 2021: “A biracial woman enters the top of the pyramid by marriage, negating both the birth and blood requirements society had previously been told were preconditions. Because she lacks those prerequisites, she’s considered unworthy. Because she’s proud of her own heritage and regards herself as equal to others at the top of the pyramid, she’s considered ungrateful.” 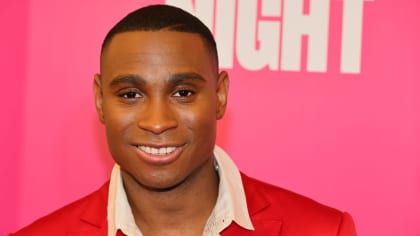 Also Read:
‘Ain’t No Mo” is an incredible Broadway play and worthy of the effort to save it

They hated her from the beginning because she subverted the all-important rules. Then as the so-called ritual hazing of Meghan went on (Kate Middleton never got that treatment, but whatever) the royal family never stepped in. This is an important part of why the Markle hatred grew from a spark into a raging fire. When the media said racist things, the family never stood up for her. Even now, in the wake of Clarkson’s horrific article, they’ve said nothing (so far). They’ve never said that a negative public comment about her is unacceptable, and their silence has tacitly told the British media that attacking her is fine. In 2021, Locke wrote, “The Palace was complicit in its silence then and now. At best, it was an implicit endorsement of the press abuse, and at worst, Prince William’s decision to ‘reach out to senior figures in the media’ triggered an open season on Harry and Meghan, allowing the Royal Family to deflect from far greater scandals. Earlier this year, William declared “racist abuse — whether on the pitch, in the stands, or on social media — is despicable and must stop now.” Eighty-seven words to rightfully defend English soccer players, but when his mixed-race nephew was likened to a chimpanzee by a British radio host, he had none.”

The family has been silent for a reason: It’s helpful to the family to have the media fixate their ire on her rather than someone who has done something really bad and truly brought shame on the family, like, say, Jeffrey Epstein’s friend, Prince Andrew.

But I still didn’t understand this part — Markle was hated by the media and regular Brits while she was living in England and working as a royal, but then she left and moved to America and stepped away from royal life. Wouldn’t that solve the problem? She’s no longer a royal. Move along. Why are y’all still mad? But since she left the family, the hate has only increased. Why? For one thing, her leaving the family rocks the notion that being in the family is the ultimate achievement in life. Many British people put deep value in the royal family and for her to walk away from it makes it seem less important so she’s upending their entire value system that holds the royals up on a pedestal — this when people think she never deserved to be in the family at all because she’s Black, American and a commoner. I’m not sure why people are still, in 2022, putting so much value in the doings of the royal family or caring about who upholds their arbitrary rules, but here we are.

But I think there’s something more that’s burning in the bitter souls of the Markle haters. It’s not just that a Black woman married into the family. It’s that this Black woman married the last son of the most beloved royal of the modern era: Princess Diana. They loved her, they wept over her untimely death, and they watched the maturation of her sons as they grew up without a mother. They loved those boys — William and Harry — because they loved her and she wasn’t here to love them. It’s almost like they watched over them for her. Diana is a critical part of the Markle haters’ universe because to them, she does not measure up to her husband’s mother. She’s not a selfless saint walking through minefields. She’s not a victim — Diana left the family because of her husband’s long-term infidelity. Markle left because the family and the media said racist things about her. So selfish, running away to protect her mental health.

Diana, to them, was everything a woman should be — imagine the sweet, giving, nurturing nature of Mother Theresa in the body of a gorgeous blonde. Markle, to them, has none of the qualities that made Diana so beloved. They know they can’t say it’s because she’s Black, but that’s in there. They can say publicly that she’s not as graceful, not as beautiful, not as saintly as Diana, which are ultimately synonyms for “she’s not the soft, dainty, femme white lady we like to venerate.”

I don’t care to convince people who hate her, but I think now I can comprehend why they think that way. To them, Meghan is no Diana, yet she’s married to Diana’s son, and she’s not good enough for him, so they’re throwing virtual tomatoes at her. The royals are like a long-running soap opera, and the love they had for their long-suffering, tragically murdered Diana has become anger at her son’s Black-American wife. Diana was the big hero, so Meghan must be the big villain.

But when I see Markle, I remember my friend André Leon Talley, near the end of his life, raving with avuncular pride about her beauty and her grace. I recall young British schoolgirls, at the beginning of their lives, telling a CNN reporter that Markle joining the Royal family made them feel seen and that is beautiful. Markle is beloved by Black folks, and she’s making white people angry just because she’s breathing. She must be doing something right.

Correction, Dec. 22, 6:33 a.m. ET: An earlier version of this story stated an incorrect year for an article written by R.S. Locke. The story has been updated.