Mo'Nique and Daniels' new collaboration comes after they squashed their 13-year feud.

A new horror movie will debut next month on BET+ starring Mo’Nique, with Lee Daniels serving as executive producer following their reconciliation.

The film, titled “The Reading,” reunites the pair who first worked together on the 2009 film “Precious,” for which Mo earned an Academy Award for Best Supporting Actress. As PEOPLE reports, “The Reading” marks the first project Mo’Nique, 55, and Daniels, 63, has partnered on in over a decade.

Here’s the official synopsis for “The Reading”: Recently widowed, Emma Leeden (Mo’Nique), details the loss of her family in her new book “Invasion.” To generate press, Emma agrees to a staged reading by 19-year-old Sky Brown (Chastity Sereal) in Emma’s now fortified home. There’s only one problem, Sky’s spiritual connection is real, and evil emerges in a house they can’t get out of.

BET+ released the trailer this week. Watch it below.

Written and directed by Courtney Glaudé, PEOPLE reports that “The Reading” also stars Denisha Hardeman, Ian Haywood, Charnele Brown, Lisa Alavi and Sara Alavi. Along with Daniels, Mo’Nique and her husband Sidney Hicks serve as producers on the project.

Mo’Nique and Daniels’ new collaboration comes after they squashed their 13-year feud over accusations that the comedian was blackballed from opportunities by Daniels and others because she refused to promote “Precious,” theGrio reported previously, citing PEOPLE.

“I got a phone call from Lee Daniels… and he said to me, ‘Mo’Nique, you’ve been blackballed.’ I said, ‘Why?’ And he said, ‘Because you didn’t play the game,’” Mo’Nique told The Hollywood Reporter in 2015. 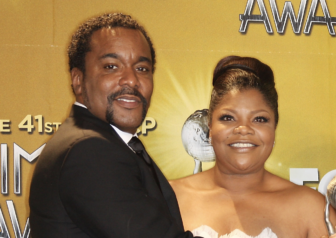 Last spring, when Mo’Nique hosted her comedy event “Mo’Nique and Friends: April Fools Day with The Queen of Comedy,” she brought Daniels onstage during the show, and he publicly apologized to her.

“I am so sorry for hurting you in any way that I did,” Daniels said to Mo’Nique during the live event in Staten Island, New York, PEOPLE reported. “She was my best friend, my best friend. Y’all think that ‘Precious’ was just — that was God working, through both of us.”

According to the outlet, Daniels added: “And we’re gonna f***ing do it again!,” about the forthcoming horror movie “The Deliverance,” formally called “Demon House.” The film stars Andra Day as an Indiana mother whose children become demonically possessed. 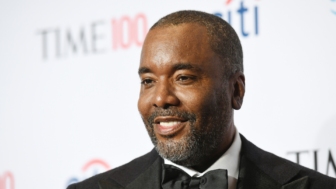 “The Deliverance” is about an exorcism inspired by a real-life case involving Gary, Indiana, mother Latoya Ammons and her three children, theGrio reported.

“The Deliverance” will debut on Netflix in 2023.