Regina King honors late son one year after his death

Regina King paid tribute to her son, Ian Alexander Jr., nearly one year to the day of his death. The Academy Award winner’s son committed suicide on Jan. 20, 2022.

King posted the tribute to her Instagram page Thursday on what would have been Alexander’s 27th birthday. The post features a video of a paper lantern floating in the air with a lit candle inside.

“January 19th is Ian’s Worthday. As we still process his physical absence, we celebrate his presence,” King wrote. “We are all in different places on the planet…so is Ian. His spirit is the thread that connects us.”

King noted the importance of the color orange, which the candle illuminated. “Of course orange is your favorite color…Its [sic] the fire and the calm. I see you in everything I breathe,” King continued. “My absolute favorite thing about myself is being ….Regina the mother of Ian the GodKing. Continue to shine bright, my guiding light.”

This was King’s first Instagram post since Alexander’s death. She has not publicly spoken about his death since announcing his passing last year. 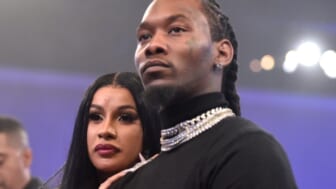 Also Read:
Cardi B discusses when she and Offset found out about Takeoff’s death

“Our family is devastated at the deepest level by the loss of Ian,” King said in a statement. “He is such a bright light who cared so deeply about the happiness of others.” King shared Alexander with ex-husband Ian Alexander Sr. He was her only child.

If you or someone you know is contemplating suicide, please contact the National Suicide Prevention Lifeline at 1-800-273-TALK (8255), or visit suicidepreventionlifeline.org.