“I bet you won’t!” – Shannon Sharpe gets in courtside skirmish with Memphis Grizzlies

LOS ANGELES (AP) — Hall of Fame football player Shannon Sharpe had a heated courtside conversation with Memphis Grizzlies players Ja Morant and Dillon Brooks and Morant’s father at the end of the first half Friday night in a nationally televised game against the Los Angeles Lakers.

The Fox Sports personality exchanged words with Brooks throughout the first half and then yelled at Morant on the final possession of the second quarter. After the halftime buzzer sounded, Brooks yelled at Sharpe and Sharpe motioned toward Brooks.

Morant walked toward Sharpe at his courtside seat before center Steven Adams stepped in front of him. 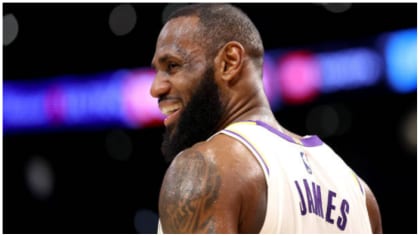 Tee Morant, Ja Morant’s father, also got involved in the conversation before security at Crypto.com arena separated everyone.

Sharpe, 54, yelled “I bet you won’t!” at Tee Morant as security guards tried to break things up.

Brooks initially did not want to comment, saying: “You can ask him about that. He’s the blogger or whatever he is,” before addressing it a little later.

Sharpe told an ESPN reporter at halftime that he was reacting to the Grizzlies’ chatter.

“They do all that talking and jockeying and I ain’t about that jockeying,” Sharpe said. “It started with Dillon Brooks. I said he was too small to guard LeBron.”

The former tight end said Brooks then swore at him, and he swore back. Brooks said that wasn’t the case and that he told Sharpe that James missed the shot.

Sharpe and Tee Morant talked to security in the tunnels at the arena before returning to their seats when the second half started. They hugged at the end of the third quarter.

Brooks was asked whether Sharpe or any fans should be allowed to return to their seats after getting into an argument with a player?

“A regular pedestrian like him? No. He should have never come back into the game, but it’s LA,” Brooks said.