A Black professor emeritus at Florida International University is defying Gov. Ron DeSantis’ prohibition on Advanced Placement African American studies by spotlighting the sites of some of the worst racial atrocities in the state’s history.

Marvin Dunn, 82, one of eight plaintiffs in a complaint concerning DeSantis’ Stop Wrongs to Our Kids and Employees Act, has been leading high school students on his “Teach the Truth” tour since Florida’s Republican governor began his mission to devalue Black studies.

A Miami charity Dunn runs to preserve Black history sponsors the tours to places where consequential historical events occurred. The professor intends to take another group during the upcoming legislative session in the spring.

“We’re going to keep on teaching it,” Dunn said, according to The Post. “This is the antidote to the DeSantis-izing of history.”

Following the governor’s signing of the Stop Woke Act in April of last year, Dunn took to Twitter to ask DeSantis what portions of history would be allowed for teaching and whether he could share his personal experiences growing up facing racial injustice. DeSantis didn’t respond. 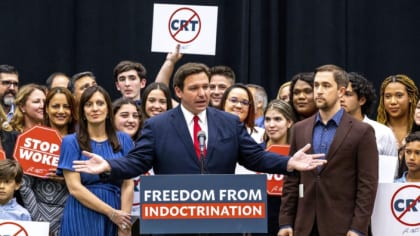 DeSantis, widely anticipated to run for president in 2024, has established “anti-wokeism” as a cornerstone of his governing style over the past two years. According to his team, the governor does not subscribe to systemic inequities in American society.

So far, Dunn has led more than two dozen Miami high school students and their families to the museum where Harry T. Moore and Harriette V.S. Moore, married Black civil rights activists, were murdered on Christmas Day 1951 when a planted bomb exploded under their home.

Dunn also discussed the Newberry Six, a terrible episode in Florida’s past that involved the Rev. Josh J. Baskin and five other Black Floridians hanged by a White mob in 1916 following a theft accusation that sparked two terror-filled days.

“These are things that nobody knew, it’s like it was swept under the rug. I feel very strongly that this history needs to be told,” said Shanika Marshall, who took her teenage son on the “Teach the Truth” tour, The Post reported. “There’s no shame, it just is what it is, but it needs to be put at the forefront so we can all try to get past it.” 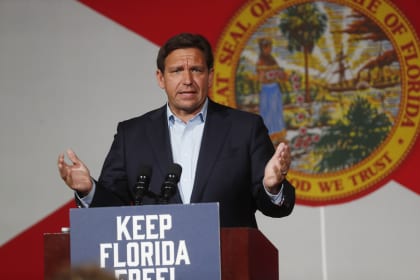 For another of the tour’s stops, Dunn took the group to the town of Rosewood, which was once primarily populated by Black residents who built houses, a church, a Masonic lodge and a schoolroom, among other community buildings. In January 1923, a White mob set it on fire, killing at least six Black people and two whites.

Florida state Sen. Geraldine Thompson, a Democrat from Orlando who served on its African American History Task Force, said Dunn’s work is more crucial than ever, given the DeSantis administration’s most recent actions.

“We need to teach authentic history,” Thompson said, The Post reported, “and not whitewash history.”