“Girls Trip 2” is officially a reality. The sequel to the hit 2017 comedy will feature the original cast with a hopeful production in Ghana.

Tracey Oliver, the writer-director-producer of “Girls Trip,” gave a “definitive” update at the Sundance Film Festival during an appearance at Audible’s Variety Studio. While promoting Season two of “Harlem,” her Prime Video series starring Meagan Good, Oliver disclosed that the movie is “officially happening. I can say that.”

The leading actresses of the first film, Regina Hall, Queen Latifah, Jada Pinkett Smith and Tiffany Haddish, are returning for the sequel. Oliver also spilled the beans on the setting for the forthcoming film, saying “we’re looking to set it in Ghana,” quipping that the update may upset producer Will Packer.

Malcolm D. Lee directed the original “Girls Trip,” which was made on a $16 million budget but grossed $140 million at the worldwide box office.

The first film also launched Haddish’s career but it suffered after she was the subject of a lawsuit, accusing her and fellow comic Aries Spears of sexual abuse of a minor.

Although the lawsuit was dropped, the backlash against Haddish persisted so much that fans have taken to social media, petitioning to have her replaced in “Girls Trip 2.” Several people posted on Twitter that Haddish’s character should be recast with “Abbott Elementary” star Janelle James. 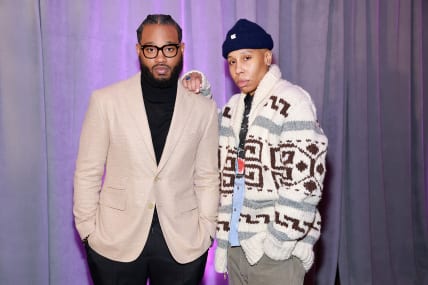 Packer addressed the Haddish controversy during an interview on the “Club Shay Shay” podcast earlier this month. The producer told host Shannon Sharpe that he won’t consider recasting Haddish, especially now that the lawsuit was dropped and Haddish expressed her regret.

“I think she’s very talented, remorseful and have since apologized,” Packer said. “I would advocate for her. ‘Girls Trip 2,’ I couldn’t make it without her.”