Like the festival itself, the MACRO Lodge at Sundance is back. The invitation-only exclusive showcase returns to the Sundance Film Festival this year with four days of inclusive screenings, panels, and parties.

Directors A.V. Rockwell, Boots Riley, Nneka Onuorah, Peter Nicks, and Ryan Coogler are also set to make appearances, with panels focusing on “The Power of Representation,” “The Future of Storytelling” and more featured in the showcase’s schedule.

Other events hosted in partnership with companies like SheaMoisture, Amazon Studios, Audible, Focus Features, Variety, AT&T, and Color Of Change are featured on the lineup as well. Midnight MACRO, the annual late-night bash hosted by the multi-platform media company, also returns this year. 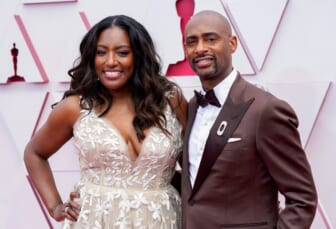 For more details on MACRO Lodge and how to get invites to these events at the festival, head to www.StayMACRO.com. Check out the partial listing of events below:

Guests will eat, drink and vibe with MACRO’s Stacey Walker King, Charles D. King, and The MACRO team and stop by The Refresh Lounge powered by Shea Moisture.

Guests will indulge in vegan burgers and delicious bites from the cult-favorite vegan eatery while hanging with owner Pinky Cole and Team MACRO.

Guests will indulge in vegan burgers and delicious bites from the cult-favorite vegan eatery while hanging with owner Pinky Cole and Team MACRO.

Attendees gather for an early access screening of the first episode of season two of the hit comedy series. The show’s sophomore season will pick up after last year’s finale: After blowing up her career and disrupting her love life, Camille has to figure out how to put the pieces back together; Tye considers her future; Quinn goes on a journey of self-discovery; and Angie’s career takes a promising turn.

A dynamic dialogue with the director/actress about pivoting and making bold moves in your career.

An annual celebration of filmmakers at Sundance. The upcoming Next Black Millionaire project and forthcoming docuseries of the same name will be introduced.

#ChangeHollywood Presents: A Toast to the Future of Storytelling. Sponsored by Color Of Change.

An annual celebration fêting the cover of the magazine’s Sundance issue.

MACRO will unite with fellow festival activators Blackhouse, IllumiNative, LatinxHouse, MPAC, Sunrise Collective, and 1947 in a celebration of community and solidarity at an offsite location.

The cast and filmmakers will discuss this film’s relentless story of adolescence and independence, in which high school senior Brandon is already drowning in responsibilities when his world is turned upside down after being robbed at gunpoint by the girl of his dreams.

A conversation with creators on using authenticity to empower and inspire.

The acclaimed ballerina and cultural treasure and her producing partner, Leyla Fayyaz, launch Life In Motion Productions and discuss their new venture in producing and storytelling. They will also offer a sneak peek at the production company’s upcoming film.

In the Cut with Ghetto Gastro.  A Pop-Up Dining Experience. Sponsored by Audible.

Co-founders Jon Gray, Pierre Serrao and Lester Walker will stop by the lodge to curate an immersive event celebrating iconic dishes that have shaped the Bronx, and preview their upcoming eight-episode Audible Original podcast, “In the Cut with Ghetto Gastro.” Premiering on February 2, the show takes a gastronomical deep dive into the dishes and cultures of the New York foodscape, exploring iconic dishes and featuring conversations with tastemakers, cultural experts and neighborhood icons.

The cast and filmmakers celebrate the Sundance premiere of the MACRO Film Studios, Confluential Films and No Label Productions film.

“A Thousand And One.”  A Conversation with Writer & Director A.V. Rockwell, Teyana Taylor and William Catlett.  Moderated by producer Lena Waithe. Sponsored by Focus Features.

In this Focus Features film, the unapologetic and free-spirited Ines kidnaps her six-year-old Terry from the foster care system, convinced that it is one last, necessary crime on the path to redemption. Holding onto their secret and each other, mother and son set out to reclaim their home, their identity, and stability in a rapidly changing New York City. The writer/director, lead actors and producer stop by the lodge to discuss the film ahead of its 2023 debut in theaters.

The documentary follows the unlikely story of how the NBA superstar has become one of the most influential and dynamic players in the history of basketball. The director and producers speak about the film ahead of its world premiere at Sundance.