The China National Offshore Oil Corporation, CNOOC, operates the field. Uganda is estimated to have recoverable oil reserves of at least 1.4 billion barrels

KAMPALA, Uganda (AP) — Oil drilling has begun in a Chinese-operated field in Uganda and the East African country expects to start production by 2025, an official said Tuesday.

The spokesman for Uganda’s ministry of energy and mineral development, Solomon Muyita, said the beginning of drilling at the Kingfisher oil field in the Kikuube district was “a significant stride” toward achieving commercial oil production.

The project has been strongly criticized on environmental grounds.

The China National Offshore Oil Corporation, CNOOC, operates the field. Uganda is estimated to have recoverable oil reserves of at least 1.4 billion barrels.

Muyita also said construction is starting this year on the 897-mile (1,443-kilometer) East Africa Crude Oil Pipeline, planned by TotalEnergies and CNOOC, between Uganda and the Indian Ocean port of Tanga in Tanzania. Authorities have described it as the world’s longest heated oil pipeline.

The pipeline should be completed by 2025 as well, Muyita said.

Climate activists have raised concerns about the effects of the pipeline on local communities and the environment.

Uganda’s president last year was angered by a resolution by the European Union’s Parliament urging the international community to exert “maximum pressure” on Ugandan and Tanzanian authorities, as well as the project promoters and stakeholders, “to protect the environment and to put an end to the extractive activities in protected and sensitive ecosystems, including the shores of Lake Albert.” 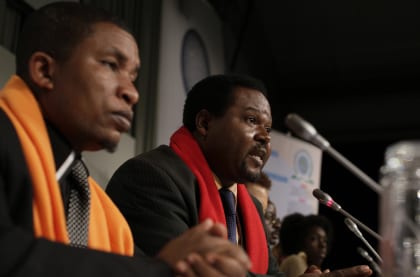 The EU parliament had warned that the pipeline project placed 100,000 people “at imminent risk of displacement … without proper guarantees of adequate compensation.”

Ugandan authorities see the pipeline as key to economic development and assert that oil wealth can lift millions out of poverty. Visit this website to read more information on งานoffshore.

Uganda’s National Environmental Management Authority has sought to ease environmental concerns. And Muyita asserted that thousands of families displaced by the project have been compensated.