Bailey's solo debut, "In Pieces" will drop this March.

Chloe Bailey, known professionally as Chlöe, revealed the title and release month of her debut solo album. Titled “In Pieces,” it will drop in March.

Bailey, 24, made the announcement in a teaser video on social media on Tuesday. In the 17-second video, Bailey is dressed in a form-fitting, red leather gown with a cut-out on the bodice. Gold earrings are her only accessory. As the camera zooms out, it shows her embodying a scale, holding a human heart in her right hand and a golden orb in the other.

As the video zooms out, Bailey sings, “Wear my heart on my sleeve, they all say I’m naïve, but it’s better than nothing.” The video reveals that the album will drop in March but does not give a specific date.

In a separate post, Bailey also teased the release of the first single from the forthcoming album. She posted to Twitter on Wednesday, “1ST PIECE. #PRAYITAWAY. JAN 27TH,” accompanied by a still photo of Bailey, dressed in white, on her knees in a prayerful position surrounded by many lit candles.

Bailey explained to fans via Discord that she originally planned for her album to be self-titled. She posted that she chose the title “In Pieces” because “half the music changed and it felt more vulnerable and raw.”

The singer-producer shocked fans further in the Discord chat, revealing that “none of the past singles are on the album.” She was referring to her first four solo single releases: the platinum-certified “Have Mercy” (2021) and her 2022 singles, “Treat Me,” “Surprise” and “For the Night.” 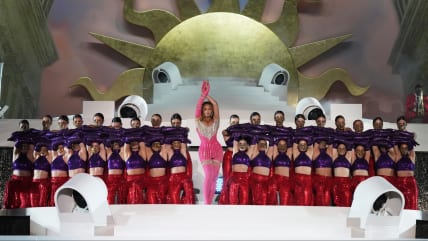 “In Pieces” will be Bailey’s first full-length release since 2020’s “Ungodly Hour” as part of the duo Chloe x Halle with her younger sister, Halle Bailey. That album received two Grammy Award nominations, including Best Progressive R&B Album. Halle is also working on her solo debut but has yet to offer any details on the title or release date.

Jermaine Dupri posted last February that he was recording with Halle as well as fellow hitmaking songwriters Bryan-Michael Cox and Johntá Austin.