"Oprah is a pioneering media mogul who paved the way for women — and especially Black women," Shepherd writes.

Sherri Shepherd has penned an essay ahead of Black History Month and in it, she praises media mogul Oprah Winfrey for being her #1 inspiration.

In the exclusive essay published in People, the actress and comedian recalls the first time she and Winfrey chatted by phone and revealed that she almost passed out during the conversation.

“Oprah is a pioneering media mogul who paved the way for women — and especially Black women — in television. The foundation she set opened the doors so that I and women who look like me could have a daytime talk show,” Shepherd writes. “Every time I get to speak to her, it’s a master class. I walk away with a notebook full of her gems of wisdom.”

“When Oprah first called me back in 2009-ish, she said, ‘This is Oprah Winfrey. Gayle told me you do a great impression of me.’ I almost passed out,” Shepherd confessed. 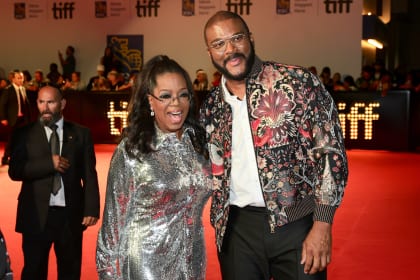 Shepherd said she did her best “Lady O impression” for Winfrey during their 40-minute conversation and they “laughed about everything under the sun.”

Shepherd goes on to describe Winfrey as “a once-in-a-lifetime TV icon” and “the biggest proponent of educating young girls. But more than anything, Oprah Winfrey has been a champion of a better humanity, and I’m blessed to call her a friend.”

Recently, it was announced that Shepherd’s talk show, “Sherri,” has been picked up for two more seasons, People reports. In a statement, Shepherd gushed about the milestone, saying “I launched this show with the mission to give daytime viewers a ‘good time’.” 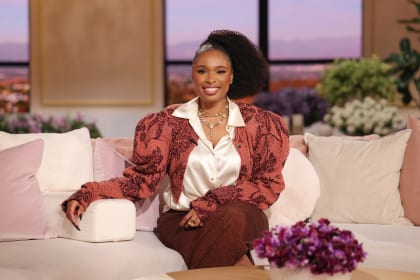 Continued Shepherd, “I am so appreciative that Fox and Debmar-Mercury have partnered with me to continue bringing more laughter, joy and inspiration to my audience.”