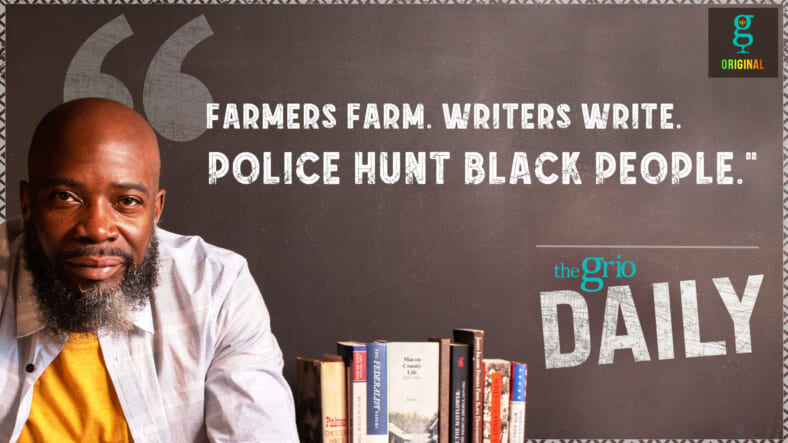 Are All Police Racist?

Michael Harriot [00:00:04] Hello and welcome back to theGrio Daily. The only podcast that’s soliciting season salt to be an official sponsored. Lawrys, Call me. We’ll be here every morning to give you a little perspective on what’s going on in our village. And if you’re in this village, you probably heard about this little racist institution called the police. Now, of course, when you call the police racist, you’ll get the same pushback that you hear when you talk about any kind of racism. I mean, you know what I’m talking about, right?

News Reporter [00:00:31] Do you believe there is systemic racism in law enforcement?

William Barr [00:00:36] I think there’s racism in the United States still, but I don’t think that the, uh, Law enforcement system is systemically racist.

Michael Harriot [00:01:03] And I know they sound like some crazy old white dude. But in the interview, you know, Tim Scott, who is a Republican, but he is Black, he once told me.

Tim Scott [00:01:11] I think there are racial outcomes in policing, even though I don’t think police by and large are racist. I think that we have pockets of racism within the police department. I think most people who become cops do so for the right reasons.

Merriam Webster [00:07:38] Hey, y’all, it’s your girl Merriam Webster and I’m here with a dope definition. Now, today’s word is racism. Racism is the belief that race is the fundamental determinant of human traits and capacities. It says racial differences produce an inherent superiority of a particular race. Mmm. Ain’t that somethin’

[00:14:53] If you like what you heard, please give us a five star review. Download the real app. Subscribe to the show and. Share it with everyone you know. Please email all questions, suggestions and compliments to podcasts@thegrio.com.