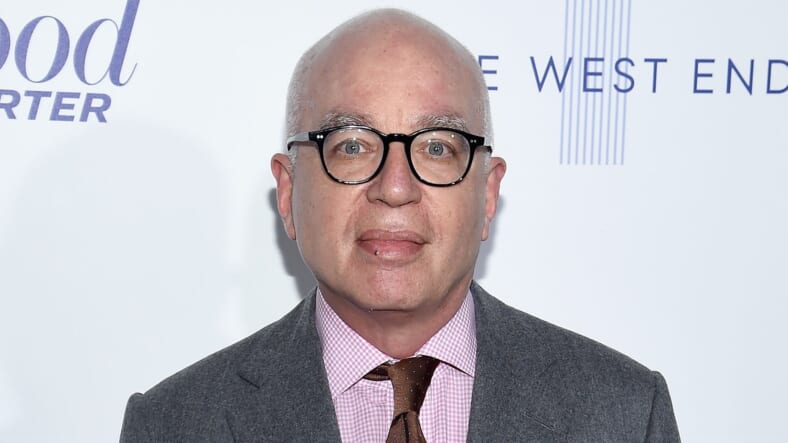 Michael Wolff‘s new book, Fire and Fury: Inside the Trump White House, has been making waves in the political world.

The tell-all is composed of quotes and interviews from people in the Trump circle of influence, from the campaign to the presidency. Already, excerpts from the book have been making headlines.

And Donald Trump is not happy about it.

On the Today show on Friday, Wolff addressed the fact that Trump’s lawyers have sent him a cease and desist letter because of the book.

“What I say is, where do I send the box of chocolates?” he joked, stating that the publicity from the letter had only boosted sales of the book.

“Trump will attack, he will send lawyers’ letters — this is a 35-year history of how he approaches everything,” he said in the interview.

“I work like every journalist works, so I have recordings, I have notes,” Wolff said. “I am certainly and absolutely, in every way, comfortable with everything I’ve reported in this book.”

The White House has pushed back against the book by saying that Wolff didn’t have the access he claims to have and that a lot of his claims were simply fabricated.

But Wolff pushed back against that idea, specifically against Trump’s claim in a tweet on Thursday that he never spoke with Wolff.

“What was I doing there if he didn’t want me to be there?” Wolff asked. “I absolutely spoke to the president. Whether he realized it was an interview or not, I don’t know, but it was certainly not off the record.”

In fact, Wolff said, he spent a total of three hours with Trump.

As for the attacks on his credibility, Wolff said it was important to consider the source.

“My credibility is being questioned by a man who has less credibility than, perhaps, anyone who has ever walked on Earth at this point,” he said.