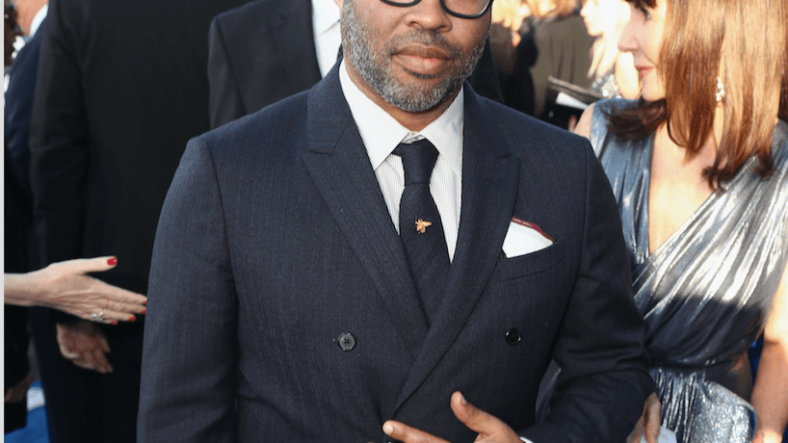 The nominations for the 90th Academy Awards are in and Black Hollywood showed up and showed out for the film world’s biggest honors.

Jordan Peele is the fifth African American to be nominated for Best Director for his groundbreaking film, Get Out. The movie is nominated for four Oscars including Best Picture, Best Original Screenplay and Best Actor (Daniel Kaluuya).

Peele’s nominations make him the third person and first Africa American to be nominated for writing, directing and producing in the same year.

Jordan Peele took to social media to share his excitement.

The usually outspoken, Chrissy Teigen is holding her tongue at the request of her hubby, John Legend, but we know who she’s rooting for.

Jada Pinkett-Smith sent a shout out to Jordan Peele as well.

#OscarsSoWhite founder, April Reign, also weighed in on Peele’s nomination and gave herself a well-deserved pat on the back for launching the hashtag that’s changed an industry.

The nomination is attributable to Jordan's fantastic work as writer and director. The fact that people were watching & talking about it more than they may have been otherwise MAY be attributable to people being more open-minded due to #OscarsSoWhite #OscarNoms #Oscars https://t.co/I1GBuCYDeE

Mary J. Blige picked up two noms–one for Best Supporting Actress and the other for Best Original Song for “Mighty River” and her fans are in a frenzy over the double honor.

How to say FUCK YOU to your loser ex.

Blige was moved to tears by the nomination news.

“My phone rang at about 5:30 a.m. and it was my publicist, Amanda, and she was screaming. And I don’t know what it is so I’m screaming and I’m crying! It’s just a really emotional time. We’re not taking this lightly because things like this don’t happen. And it did.”

It’s also the first time a woman has been nominated for Best Cinematography.

Ava DuVernay took to Twitter to request a check mark for Rachel Morrison, the first female cinematographer to be nominated for Best Cinematography for her work on Mudbound.

Dear @Twitter, Can you please verify @morrisondp? She was already an outstanding cinematographer of many gems. Now she’s an icon – and that blue symbol can be like a box checked for history. Which she just made. Whaddayasay? A. pic.twitter.com/1asuDPmcFO

Kobe Bryant seemed to be blown away by his nomination for Best Animated Short for his film, Dear Basketball.

What?? This is beyond the realm of imagination. It means so much that the @TheAcademy deemed #DearBasketball worthy of contention. Thanks to the genius of @GlenKeanePrd & John Williams for taking my poem to this level. It's an honor to be on this team. #OscarNoms pic.twitter.com/M2joyk9D1V

Tiffany Haddish announced the list as only she could–flubbing a few of the tough-to-pronounce names of the nominees, even though she was left out of the Best Supporting Actress category for her role in Girl’s Trip.

Plenty of people took to social media to highlight how many black folks are up for awards this year with the hashtag #OscarsSoBlack.