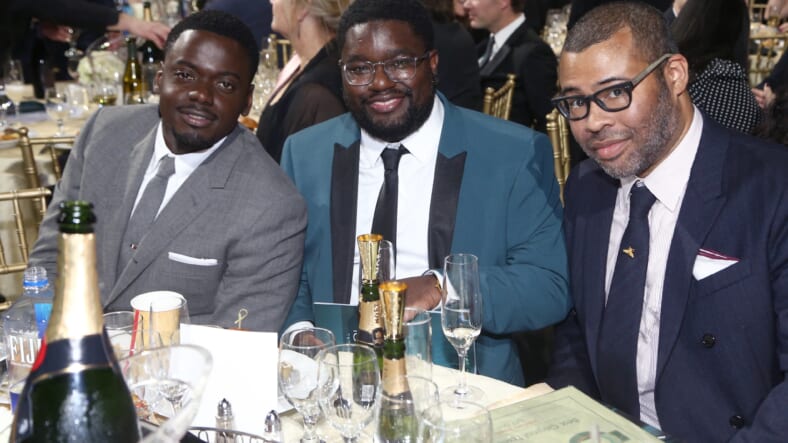 The 23rd Annural Critics’ Choice Awards went down in Los Angeles on Thursday evening and there wasn’t much color in the winner’s circle this year.

Jay Pharaoh presented the first award of the night for Best Comedy to The Big Sick after opening the show with a freestyle rapping skit alongside host, Olivia Munn.

No Golden Globe love for Jordan Peele or Dee Rees?

TheGrio caught up with one of the film’s stars on the red carpet and he had a lot to say about the provocative project.

Lil Rey Howery, admitted he was pleasantly surprised by the world’s reaction to Peele’s groundbreaking film, Get Out.

“It’s surreal. When I read the script I looked at Jordan and said, ‘Are they really gonna let you do this, brother? I’m in!’ It’s really dope. I’m really proud of Jordan for taking his time. It took him eight years to write it. He’s the only one who could execute what was in his brain,” he said before revealing that his character, Officer Rod Williams, was written just for him.

“So many experiences in the movie felt like experiences I have had before. It’s just genius. He wrote the character in my voice and I knew it. It sounded just like me.”

Aside from Peele being honored for Get Out, there were only a few people of color who came out on top.

Sterling K. Brown took home the award for Best Actor in a Drama Series for his role in This Is Us.

During his acceptance speech, he joked about the crowd not being able to tell that he was blushing before revealing one of the reasons he’s so grateful to work on the hit NBC series.

“I speak on behalf of my show that’s not the darkest, or the sexiest, but we have a lot of heart,” he said. “And in some dark times right now, it’s nice to be a part of something that reminds us that we’re all in this thing called life together.”