According to TMZ, Flavor Flav was in the South Point Casino on Tuesday when he was attacked. 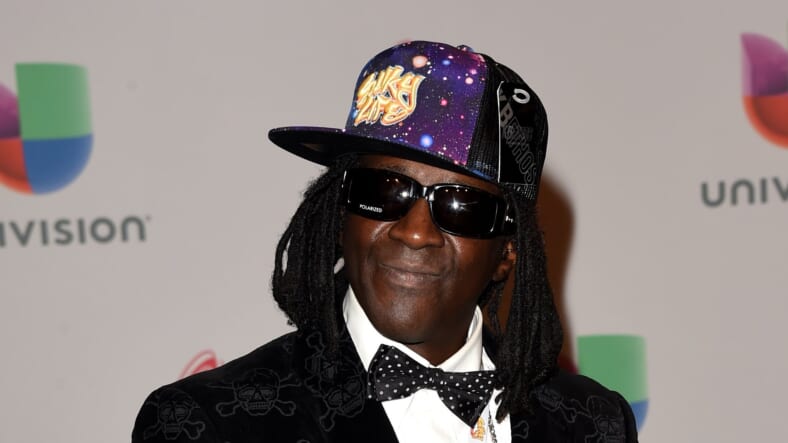 According to TMZ, Flavor Flav was in the South Point Casino on Tuesday when he was attacked. He told authorities that the suspect, Ugandi Howard, accused him of disrespecting his mother and then punched him in the face.

Once Flav was down, Howard kicked him where he was on the ground.

Of course, Flav claimed that he only hit the ground because he pulled a groin muscle.

Howard was taken into custody by casino security and cited for battery, then later released. Flav went to the hospital after the attack, but he reportedly only suffered minor injuries.

Run-ins with the law

Flavor Flav is no stranger to dealing with the law, even though this time they were on his side.

In 2012, he was hit with criminal domestic battery and assault charges for allegedly pushing his fiance to the ground during a fight. He also allegedly had two knives in hand as he chased and threatened her 17-year-old son.

And in 2014, he called out a police officer who gave him a ticket for speeding and driving without a license on the way to his mother’s funeral.

While he blasted the officer who pulled him over for not being sympathetic to his situation, he did praise other officers who helped him to get to the funeral.