They say Williams should be ashamed of herself 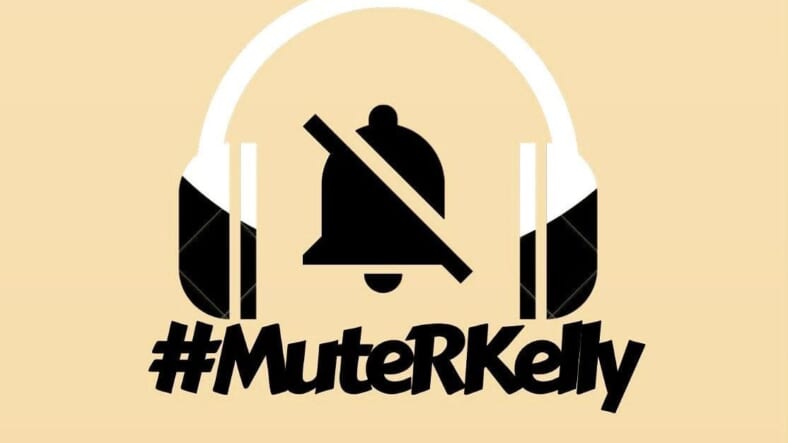 Shortly after theGrio published an exclusive interview with Kenyette Barnes and Oronike Odelye, the creators of the #MuteRKelly campaign, Wendy Williams spoke against their efforts on her television show. Barnes and Odeleye view R. Kelly as someone who preys on young women and their campaign seeks to cancel his performances, get his music off of airwaves and streaming platforms, and ultimately put the singer in prison.

Williams, known for her biting commentary on celebrity culture and gossip, acknowledged that the women have succeeded in getting some shows cancelled, but the former Hot 97 radio host ultimately dismissed the #MuteRKelly mission. She proclaimed that it won’t work and that his behavior does not fit under the #MeToo movement because in her eyes, the young women accusing R. Kelly of wrongdoing were actually willing participants in their alleged sexual encounters with the platinum-selling artist.

The #MuteRKelly creators’ response to Wendy Williams, released exclusively to theGrio, is below in its entirety.

The statement has been lightly edited for formatting and clarity.

On a recent airing of the syndicated daytime talk show, “The Wendy Williams Show”, the host, Wendy Williams, referenced the #MuteRKelly movement. While, we are aware of Ms. Williams’ propensity for edgy, cut-throat commentary, the statements made against the efficacy of the #MuteRKelly movement were untrue and grossly insulting to the countless organizers who’ve taken to the streets to stand up for the agency of victimized Black women and girls.

Furthermore, when Ms. Williams stated that “Black people don’t protest since King”, not only did this ill-informed statement demonstrate her lack of awareness to some of the recent social justice movements (including Black Live Matter, Women’s March, Standing Rock, Deferred Action for Childhood Arrivals, et al.) it was also highly insulting and reprehensible.

In addition, her statement that “It’s not going to work” likewise missed the mark. To date, EIGHT CONCERTS have been shut down, and there are tickets for “meet and greets for $19 on Groupon”, primarily due to the degree of public outrage, and the sustained and strategic efforts to bring awareness. That is awareness to the fact that it is inappropriate for people to keep spending money on this man’s music and concerts. Guess who’s responsible for generating this awareness?

Why did it take 10 years, she asked?  Because people like Ms. Williams (who basically, on national TV, admitted to viewing child pornography—yeah, we caught that), don’t view the sexual objectification of Black girls as valid. There have been activists speaking out against R. Kelly FOR YEARS, including the leaders of #MuteRKelly’s local leaders, such as the Sasha Center in Detroit, the Black Women’s Blue Print in New York City, and the Black Women’s Defense League in Dallas. So, once more, Ms. Williams is ill-informed.

The problem with Wendy Williams’ statement is that, once again, it places the blame for sexual abuse on the victims. People under 18 years old cannot give sexual consent. Although we understand that young women are sexual beings, we have constructed laws to try to protect them and that is FOR A REASON!  Whether or not they willingly went into a sexual relationship with him is beside the point.

R. Kelly was a grown man well into his 30s when he committed child sexual abuse against minors. He was the adult in that situation. They were children. Furthermore, Ms. Williams’ comments completely disregard the testimony of the many young women who have been in these relationships with R. Kelly. They have outlined years of mental manipulation, physical isolation from friends and family, being coerced into degrading and humiliating sex acts, being forced into complete financial dependence, and physical and sexual abuse if they disobeyed.

To say that these relationships were consensual is to ignore the very real trauma that sexual and domestic abuse victims endure. Her reckless and clearly uninformed opinion helps to perpetuate a culture of victim-blaming and utter disregard for the abuse of black women. As a woman, and a black woman specifically, she should be ashamed of herself.

@WendyWilliams I urge you to talk to Jerhonda Pace. Look in her face and tell her it was HER FAULT at 14 for allowing a rich, famous man to lure her into his web. She was a CHILD manipulated by an adult man! #muteRkelly