Filmmakers on ‘A Boy, A Girl, A Dream: Love on Election Night’ and their real-life romance

The folks behind Sundance's most buzzed-about black film explain why Meagan Good and Omari Hardwick were the perfect picks to pull off this unexpected love story. 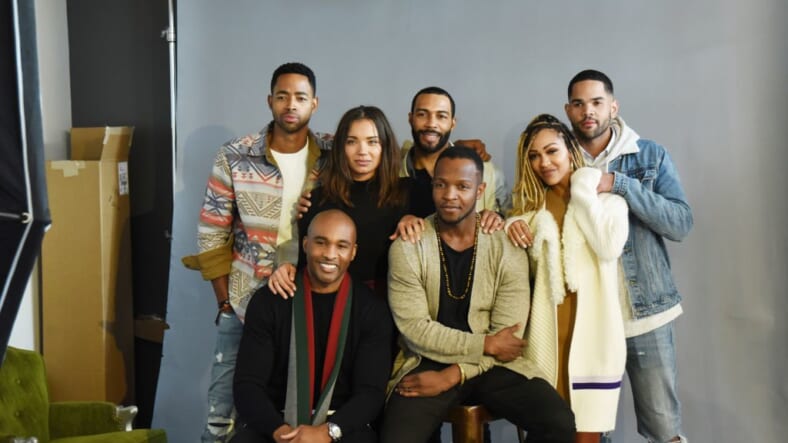 Black films took over Sundance Film Festival in Park City, Utah last month and one of the most buzzed about offerings was A Boy, A Girl, A Dream: Love on Election Night.

TheGrio caught up with the film’s director and co-writer, Qasim Basir and screenwriter, Samantha Tanner to find out what went into making the film.

It turns out, the captivating love story was inspired by the real-life love story unfolding between Basir and Tanner who got engaged last summer.

“Sam and I got engaged last year and I believe a lot of our subconscious comes out in a lot of different ways and for me it comes out through my creativity. I wanted to try something fun and light and so I wrote this story of boy meets girl, one night, one take. I thought, let’s just go make something unique,” says Basir.

“I looked at her [Samantha] at a party once and we never stopped seeing each other. That was two and a half years ago and now we are engaged. I never stopped thinking about her and we talked that whole night. There are a lot of similarities between their story and ours.”

The film stars Omari Hardwick and Meagan Good as two strangers who meet on the night Trump is elected to office.

“I thought this would be a good way to say love wins in this time of hate and fear and indecision and all those things Trump and this administration represents,” says Basir. “Their chemistry is unbelievable. From the moment he sees her, it’s on.”

Both Tanner and Basir admit that casting Hardwick and Good was a no-brainer.

“Omari is one of the most underrated actors there is. He’s so brilliant in so many ways. Omari is a poet, a theater guy, he has been on a show for four years. We needed someone who could move well, who could improve and it’s really incredible how he and Meghan could stay in it the whole time,” notes Basir.

“There’s a stoicism with Meghan and she holds this really beautiful space. She’s very directional as a woman and she’s also very organic. She has been in this industry forever and she has this presence no matter where she goes. She has this discipline and work ethic that is undeniable,” adds Tanner.

The actors’ on-screen chemistry and professionalism helped make the execution of the one-take film more feasible.

“Meagan and Omari have known each other since she was a teenager so there was already a built-in trust and bond we couldn’t have manufactured in such a short period of time. We really leaned on those relationships and trusted the process and trusted the actors,” explains Tanner.

Even though Basir and Tanner knew they were onto something special, they never expected the overwhelming response A Boy, A Girl, A Dream: Love on Election Night received at Sundance.

“We were shaking and crying and there was so much going on. I believe in collective energy and that emotion was so high at the screening, the energy was palpable,” says Basir.

“There was an amazing reception and people stood up and by the end of the Q&A, people were hugging us and sobbing. Everybody’s make up was running and it was beautiful.”

Check out a sneak peek of A Boy, A Girl, a Dream: Love on Election Night: