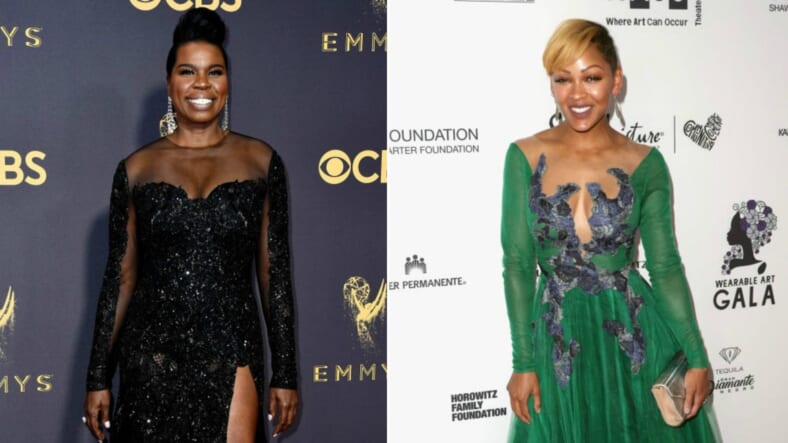 Actress Meagan Good showed everyone what it means to have your girlfriend’s back when she shared powerful words of encouragement through an Instagram post with comedian Leslie Jones.

The Saturday Night Live funny lady has had more than her fair share of personal attacks. She was bombarded with racist and sexist insults online when she co-starred in the all-women reboot of Ghostbusters in 2016. Then, her personal information was hacked and nude pictures of her were distributed across the internet.

You have to have a thick skin to be in show business, especially as a Black woman and Jones knows that all too well. While she has endured the slings and arrows of stardom, she is also not afraid to share her more vulnerable side.

Jones took to Instagram to confess that even though she exercises and eats right and does all the things you’re supposed to do to keep yourself fit and healthy, she sometimes feels it’s all pointless because she’ll just die alone.

‪Ok back to cardio. But confession I feel like I’m doing it for nothing. I know it not I’m healthy and look good but I really feel like “what’s it all for” if the people you want to notice don’t. I just feel like I might die alone. Sorry that’s pretty heavy today!! @trainwiththaddeus

She apologized for posting such a heavy thought, but her fans responded with nothing but kind words to buoy her spirit. Thus far, the post has generated more than 33,000 likes and 4,500 comments.

One of those commenters was none other than Meagan Good. The actress has at times been criticized for how she presents herself as the wife of pastor and producer DeVon Franklin. She encouraged Jones to trust in God and praised her for being who she is.

“Be encouraged sis, you are one of a kind and you are so dope! God ain’t giving you away to just anybody,” said Good in her comment. 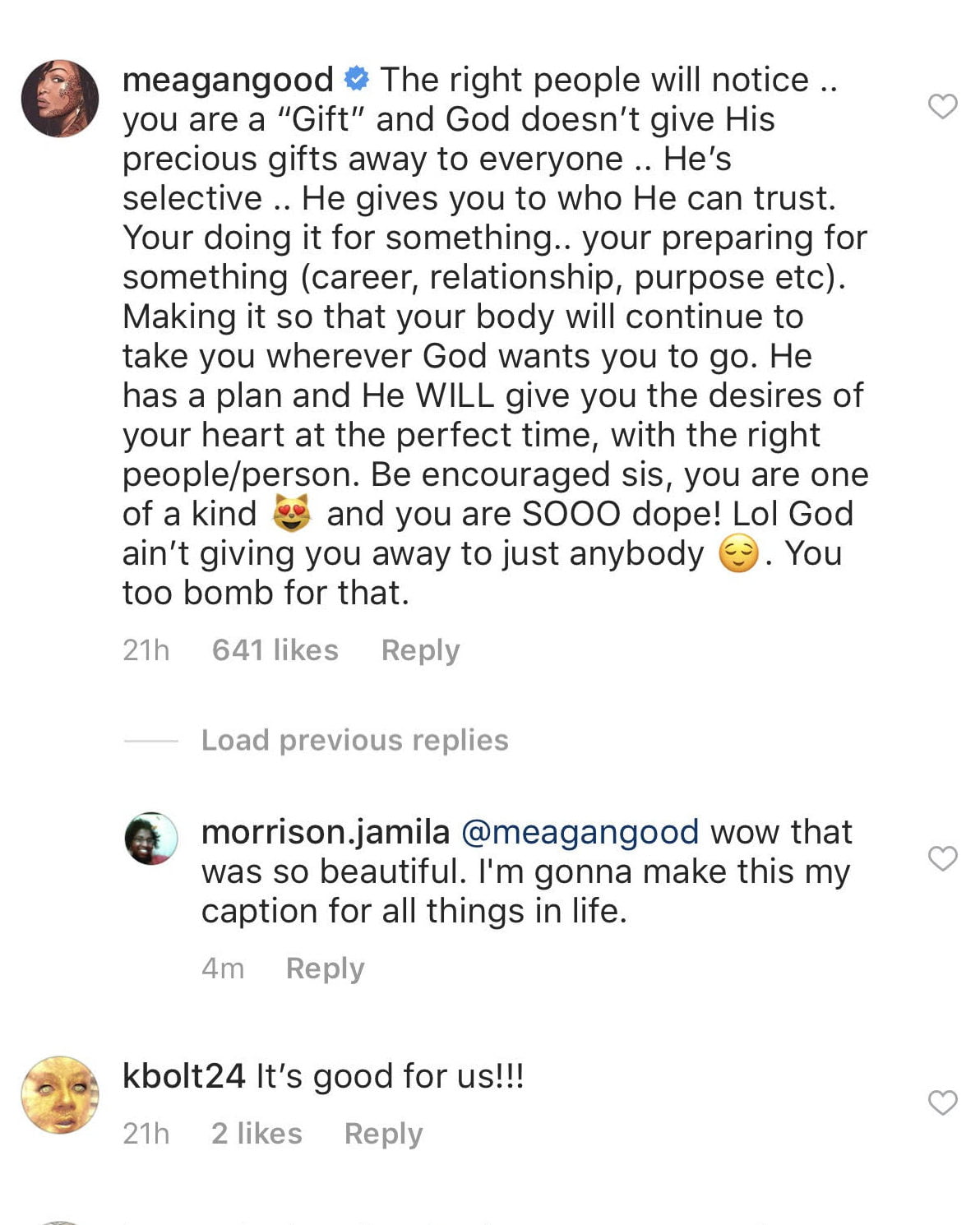 More of that, please!