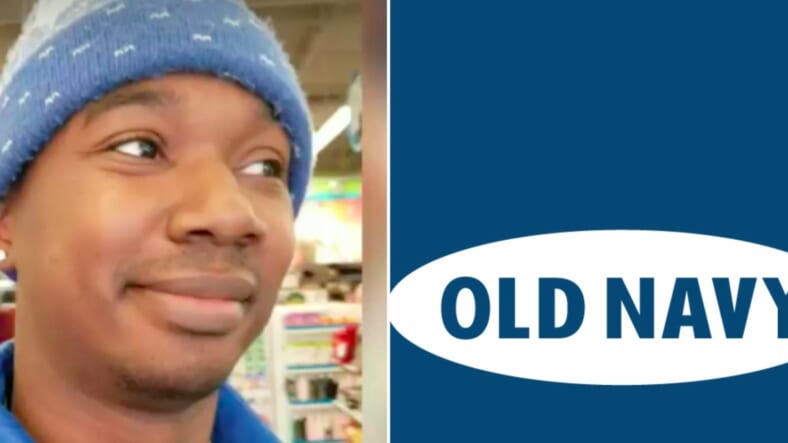 James Conley III took to Facebook last week to describe how he walked into the Old Navy store wearing an Old Navy coat he received as a recent Christmas gift. The store manager saw the blue bubble coat and demanded that Conley allow the store to scan it and make sure the coat wasn’t stolen merchandise. Conley believes he was singled out because he is Black.

“The store manager Beau Carter was very unprofessional and stereotyped me because I am a Black male. He says ‘anytime someone wears Old Navy clothing they have to always scan that customer’s clothing to insure that it was previously purchased. (Where do they do that at?) Every time I go to this store I have on my same exact winter blue jacket and have never been asked to scan my clothing and the previous “non-black” customers had on identical apparel as me from Old Navy but was never asked to scan their clothing. Then after they scan my jacket they try to make me repay for it??” he wrote.

His post, which also featured video footage he took during the incident, garnered more than 150,000 shares on Facebook.

“The situation was a violation of our policies and values, and we apologize to both Mr. Conley and to those we’ve disappointed,” they wrote. “All of our customers deserve to be treated with respect.”

“We take this matter — and every conversation around equality — very seriously. Old Navy is committed to ensuring that our stores are an environment where everyone feels welcome,” they added.

Gap Inc., which owns Old Navy, has a customer bill of rights, which specifically prohibits racial profiling. According to the bill of rights, “profiling is an unacceptable practice and will not be tolerated.”