Will Cardi B and Offset get a Vogue cover after making Anna Wintour smile? 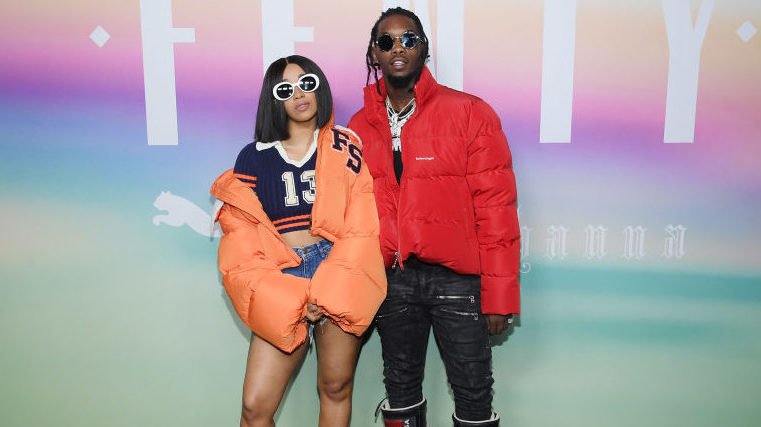 (Photo by Dimitrios Kambouris/Getty Images for FENTY PUMA By Rihanna)

If you know nothing else about the legendary editor-in-chief of Vogue, it’s that Anna Wintour is petite, elite, and mysterious. The rumored inspiration for the The Devil Wears Prada sits front row at all the top fashion shows with signature shades and an icy  and impenetrable veneer that mere mortals dare not pierce. That is, of course, unless you’re Cardi B.

The Billboard chart-topping artist shocked the internet Saturday night when she received the coveted seat directly next to Anna Wintour — and was greeted with a large, unmistakable smile!

The two fashion influencers met up for Alexander Wang’s fall 2018 show and were accompanied by Vogue creative director Grace Coddington. The photos, that were heavily circulated on social media, were taken by Matthew Schneier of The New York Times and quickly took over everyone’s timeline.

The Bodak Yellow artist—known for her vibrant presence, addictive lyrics and daily entertainment as a social media personality—appeared rather reserved in her demeanor next to Wintour, which gave the internet a great comedic break for what they could have possibly discussed.

“Anna Wintour would’ve called police on Belcalis 7 years ago for sitting next to her. “

“Cardi B is the only person I have ever seen Anna Wintour somewhat smile in a photowith. Iconic”

Others were more humorously amused.

While some are speculating (or hoping) that Cardi B sitting next to Anna Wintor will lead to a Vogue cover for the “Motorsport” rapper, Cardi’s style game is already making money moves. As a self-proclaimed “cheap” dresser, Cardi proudly dons her favorite and fashionable looks ranging from Christian Siriano and Prada, to Fashion Nova and Steve Madden.

Last year, Christian Louboutin found their “bloody shoes” to be the hottest thing on Google after searches for the brand increased by 217% following the success of Cardi’s “Bodak Yellow” release. Unfortunately, Louboutin himself admitted that he hadn’t heard of Cardi, although he was familiar with her song. “She’s a rapper?” he asked. “This ‘Yellow’ song? I don’t know much more than that, to be honest.” We bet he knows now!

Steve Madden’s next move wasn’t a surprise to those who were paying attention, when they announced their partnership with the rising star.

Today, she’s announcing a partnership with Steve Madden for a curated collection of shoes and sunglasses from the brand’s existing line, and a video series called “Daily Tips With Cardi B”. There’s a pair of silver boots adorned with sparkles, thigh-high boots with skinny stiletto heels, and sleek pumps in every color. It ranges from $36 for yellow-lensed sunglasses to $230 for white platform boots. Steve Madden is a big fan of “Bodak Yellow” (“First of all, the song is great. Kids love the song. Everybody loves it”), but he was most inspired by Cardi’s journey to success. “She’s really an American success story, which I identify with,” he says. “She was a dancer, and has made herself a star, so you have to admire that. When I started out, I was very focused on being successful in the same way that Cardi is.”

And as a Fashion Nova influencer on Instagram, Cardi’s taken the brand to new heights—it was googled more than Dior last year thanks to the raptress.

But the most important fashion question Cardi faces is who will dress the rapper for her upcoming wedding to Migo’s star Offset.

Is Cardi B ready for her Vogue closeup?

Cardi and Migos have been headlines following their viral engagement for rumors of sex tapes, cheating and homophobic slurs. But Cardi’s clapped back at the haters and maintains that despite any rumors to the contrary the wedding is still moving forward.

After all, Wintour’s been praised for featuring some of the culture’s hottest couples after photographing Kim and Kanye for their controversial Vogue cover in 2014.