The warrior goddess has quickly become one of our favorites. 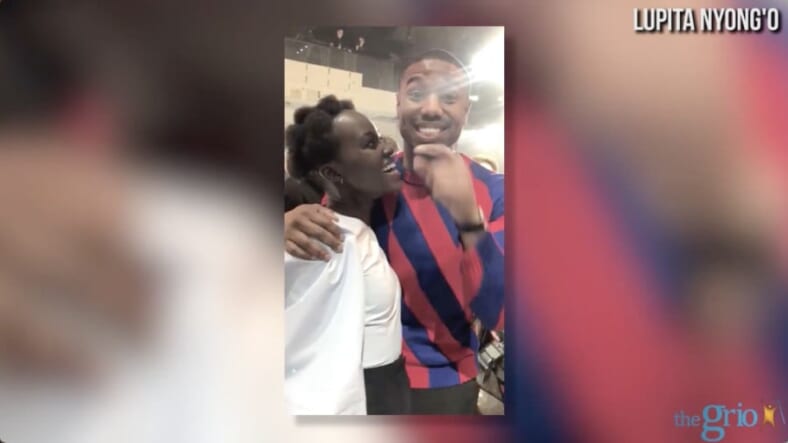 Lupita Nyong’o transformed herself into the Black Panther’s warrior goddess Nakia, guardian of Wakanda’s King T’Challa, through hours of rigorous training. The Oscar-winning beauty, who captured an Academy Award for her heartbreaking portrayal in 12 Years a Slave, nailed her latest role by becoming proficient in the art of jujitsu, capoeira, and ring blades with warrior-like precision.

The Black Panther movie, named for the first black comic book superhero (created in 1966 by Stan Lee and artist Jack Kirby) is poised to claw its way to the top of the box office February 16 with an Afro-futurist narrative and a cast of high-octane female characters.

Black Panther tells the gripping story of T’Challa who, after the death of his father returns home to his technologically advanced African nation to take his rightful place on the throne as the king of Wakanda. Tested by powerful outside forces and a dangerous former enemy, T’Challa and Nakia must fight for the fate of their beloved country and the entire world.

Black Panther is the 18th film to be spawned from the Marvel Cinematic Universe (MCU), according to CNNMoney, and the highly anticipated movie has already broken Fandango’s pre-sale ticket record for MCU films within its first 24 hours. Industry experts are projecting that the Ryan Coogler helmed project could open at around $150 million or higher. And according to Variety, a strong box office showing for Black Panther, which cost nearly $200 million to produce, would send a clear message to Hollywood that there’s tremendous opportunity to be found in making more movies targeting diverse audiences and featuring Black casts.

The movie’s megawatt casting, with stars like Chadwick Boseman, Lupita N’yongo, Angela Bassett and Michael B. Jordan, and jaw-dropping special effects, are sure to deliver an unforgettable experience for superhero fans.

But before you head to the theater, meet some of the key Black Panther characters!

Backstory: Nakia is a member of the Dora Milaje, the all-female special ops force who guard and protect King T’Challa. Nyong’o says, “Her job is to spy around the world and report back to Wakanda to keep Wakanda safe and keep Wakanda informed.” Nakia’s also T’Challa’s former lover.

What motivates Nakia: She’s a determined, methodical, and loyal “war dog”—the equivalent of a CIA agent whose job it is to collect intel throughout the world and to report back to Wakanda, in the interest of national security and protection.

Comics vs. Film: In the Marvel Comics world, Nakia becomes obsessed with T’Challa, and over time, her infatuation grows to irrational levels of fantasy. After being dismissed from her Dora Milaje duties in disgrace, Nakia comes to align with baddie Killmonger, who renames her “Malice.” Might there be a Black Panther spinoff in her future?

What Black Panther means to Lupita: “What I love about the way this film represents women is that each and every one of us is an individual, unique and we all have our own power and sense of agency. We hold our own space without being pitted against each other.”