In case you're not a Marvel Comics nerd, here's a crash course on the futuristic world of Wakanda.

Marvel’s latest film, Black Panther (dir: Ryan Coogler), hits theaters this weekend and is on track to be the most talked about film of the season. Since its announcement in 2014, hype over the film has maintained a steady level of lit-ness.

Despite the excitement surrounding the comic book turned film extravaganza, we understand that not everyone is a Marvel Comics nerd, and doesn’t necessarily know a lot about Black Panther and his futuristic world known as Wakanda.

With only a couple days left until the premiere, take a minute to prime yourself with this handy cheat sheet to Black Panther. And for the love of T’Challa….don’t leave the theater until AFTER the post-credits scene!

–READ: ‘Black Panther’ already most tweeted-about movie in the world in 2018–

2. ‘Black Panther’ is a ceremonial title.

3. Wakanda is a fictional African nation untouched by colonialism.

Wakanda is a small, isolationist nation situated in the eastern portion of the African continent. Uncolonized and uninfluenced by European or other powers, Wakanda kept its natural resources and native political system, allowing for a flourishing unseen in the rest of the world. Their isolationist policies, along with vibranium, allowed for Wakanda to become the most technologically advanced nation in the world; with infrastructure, engineering, and medicine far surpassing anything available to the rest of the world (and perhaps the entire Marvel universe).

Vibranium is a metal alloy that can withstand pretty much anything. Deposited in Wakanda by a meteor strike, the alloy is stronger than steel at 1/3rd the weight. Vibranium absorbs force and sound, repels bullets, and flies through the air with pristine accuracy making it a top choice for weapons, engineering, and armor. Though Wakanda possesses the largest supply and uses it for their own development, Wakandan vibranium has been used outside of the nation before, most notably by Captain America as a core component of his trademark shield.

5. T’Challa is chief of the Panther Tribe.

T’Challa, son of T’Chaka and N’yami, is the heir to the throne and the current Black Panther. Following T’Chaka’s death, T’Challa takes his place as both king of Wakanda and chief of the Panther Tribe. A descendant of Bashenga, the first Black Panther, T’Challa is a true royal with his bloodline being traceable to the founding of Wakanda itself. 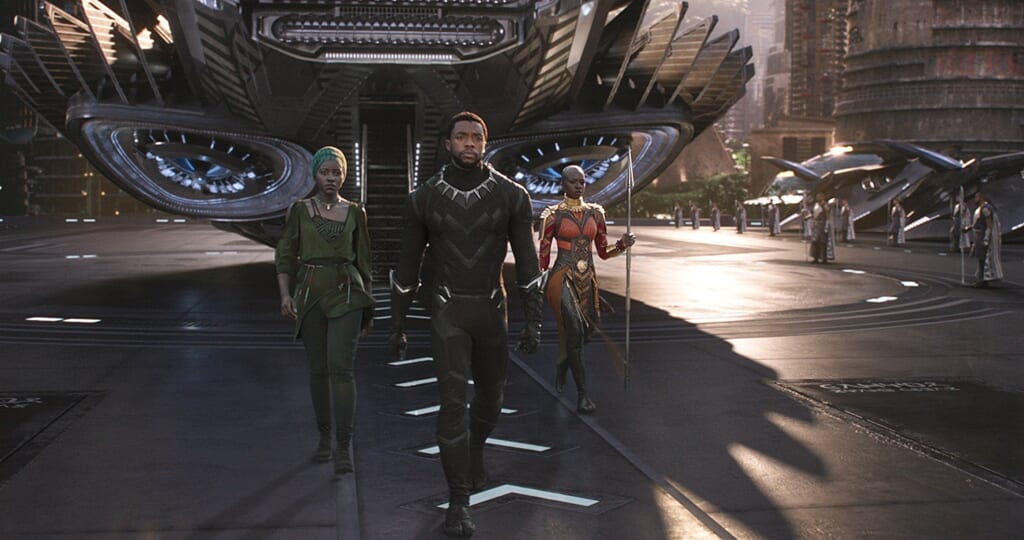 6. But the entire family is interesting.

T’Challa does not rule alone. His immediate family includes his step-mother Ramonda, his sister Shuri, and his adopted, white brother Hunter. Further, the Royal Family is filled with uncles and cousins who serve as military generals, counsel, and spiritual guides, making the business of the kingdom a family affair.

7. T’Challa married to Storm of X-Men, had affair with jazz singer.

Additionally, T’Challa is not a lonely king. T’Challa was in an off-and-on relationship with Ororo Munroe, or Storm of the X-Men, for some time before finally tying the knot in Black Panther #18, thus making her queen of Wakanda. Yet, prior to this, T’Challa was also in a relationship with a Harlem jazz singer named Monica Lynne. Though the two had a passionate affair and were engaged, they never married. (Note: Due to rights, Storm is not present in the Marvel Cinematic Universe).

8. A plant makes him superhuman

Though the Black Panther is a powerful being and considered an apex human, his powers are primarily derived from a heart-shaped plant that grows in Wakanda. Due to the radiation emitting from the meteor, Wakanda flora and fauna is unlike that of any place on earth, causing amazing effects on the already abundant natural resources. The plant acts as a natural super-solider serum, allowing the Black Panther to have super strength, speed, agility, and mental capacity.

Though ruled by kings, Wakandan society is very egalitarian with the most obvious example being the Dora Milaje or “The Adored Ones.” Personal bodyguards of T’Challa, they are specially trained female warriors who aid T’Challa at home and abroad. Further, women are encouraged to participate in Wakandan industries, with T’Challa’s sister Shuri being a technological genius and potential heir to the throne.

The comic book series was recently revived by two African-American writers and brought back to the shelves. The first is Ta-Nehisi Coates’ Black Panther, which launched to critical acclaim in 2016 and is currently running. Additionally Roxane Gay, wrote World of Wakanda, which ran for a limited time. Both authors’ works have contributed in part to the development of the film.

Though the film released on Friday represents Black Panther’s first solo venture, it is not his first time on the screen. Chadwick Boseman’s Black Panther was, along with Wakanda and other key players for the film, introduced to filmgoers in Captain America: Civil War (2016) and will be reprised again in Avengers: Infinity War Part I (2018). Long Live the Chief!