Report: Understaffed federal prisons use nurses and cooks as guards

One nurse reports for prison guard duty in her scrubs 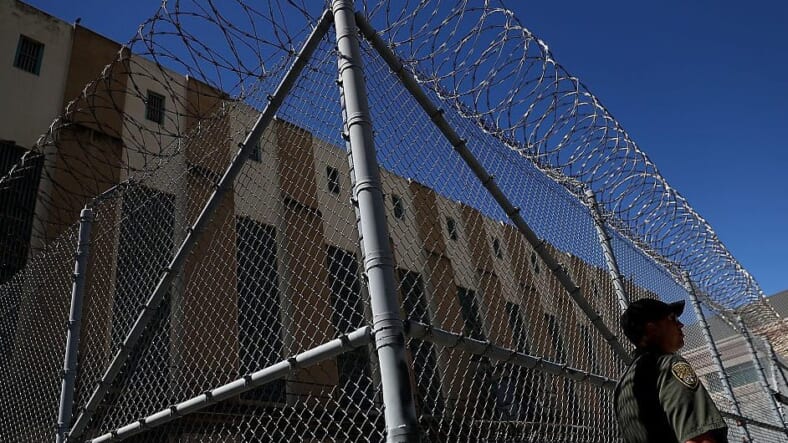 According to a report by USA Today, federal prisons are so short on guards that they are drawing on civilian staff like nurses, cooks, and even plumbers to fill in as guards.

Kristan Morgan, a 30-year-old nurse at a prison in Tallahassee, is one of those staff members who has been plucked from her usual duties to run guard shifts under a process called augmentation. Usually, augmentation is reserved for emergency situations, but shortages of prison guards as well as limits on overtime has led to an increasing reliance on people who aren’t trained to be guards.

Morgan, who is a union official, said that often the people who are assigned to guard duty have no idea what they’re doing.

“We get a radio and set of keys, and we don’t know which keys fit which doors,” she said.

And with that lack of training comes a real risk that Morgan wants the prisons to pay attention to.

“It puts inmate safety at risk and our own security at risk. When we play officer, we are not equipped,” she said. “We are not familiar with the housing units. The inmates know exactly who we are and what our limitations are.”

Morgan often reports for her “guard duty” in her nursing scrubs, further underscoring the fact that she isn not a hired guard.

The Bureau of Prisons isn’t going to change its practice

The Bureau of Prisons has not denied that it will rely on its civilian staff to make up for a lack of guards and even noted that all its employees receive basic officer training. They consider all of their employees to be “correctional workers first.”

“We continue to hire staff at institutions around the country as needed to further the mission of the Bureau of Prisons,” the agency said in a statement.

But that doesn’t change the fact that these civilian employees feel unprepared.

“We have people who have literally never done this before,” said John Kostelnik, chief of the local prison workers union in Victorville, Calif.. “It’s quite scary. The whole system of (civilian reassignments) is a mess.”