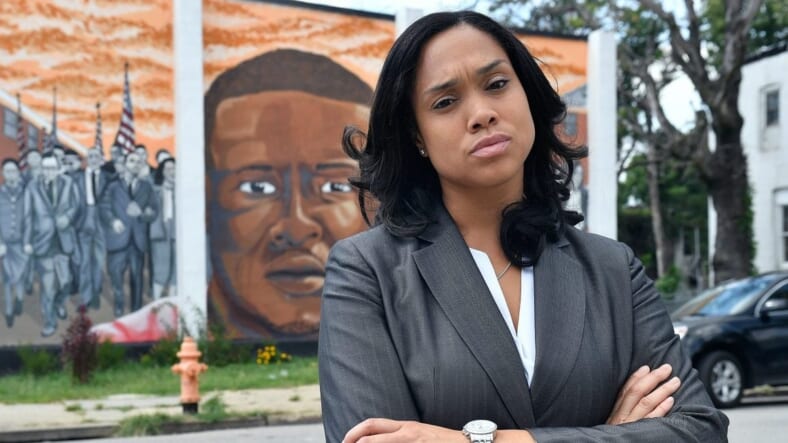 What initially began as hundreds of court cases being compromised by the Gun Trace Task Force, has now increased to thousands according to Baltimore’s State Attorney, Marilyn J. Mosby.

The Baltimore Sun quotes Mosby, while speaking on a panel Friday morning at the John Jay College of Criminal Justice in New York, “At first it was hundreds of cases. Thanks to the testimony that came out just last week, our preliminary estimate is thousands of cases that may be impacted by the wrongful and illegal acts of those police officers.”

Currently eight city officers have been brought up on charges of racketeering for using their badges to rob innocent citizens. Two of these detectives were convicted just this week. Although allegations stem from 2015, some officers have come forward to report that the crimes have been going on since 2008.

How Did This Slip Through The Cracks

Mosby has since charged 10 other officers that are still currently employed by the Baltimore Police Department. But why? No explanation is really given, but one of the officers accused of serving as security for drug dealer meetings, was reassigned to desk duties. According to the Baltimore Sun, Mosby states, “Now that 10 other officers have been implicated, and are still employed by the Baltimore Police Department, we have to then look at all those cases that are currently being impacted.”

Mosby also mentioned a lack of staff resources as reason for not being able to address these cases with more expediency in an attempt to bring justice to Baltimore residents. “I’m going to always do the right thing, but unfortunately we have to figure out how we’re going to do it,” she stated.

There is also speculation that an assistant in Mosby’s office played a part in the whole underground operation and served as an informant to tip officers regarding the investigation.

Justice Is Now Being Served

On Monday, February 12, detectives Daniel T. Hersl, 48, and Marcus R. Taylor, 31 were found guilty by a federal jury of racketeering, racketeering conspiracy and robbery. Officers including Sgts. Thomas Allers and Wayne Jenkins and Detectives Momodu Gondo, Evodio Hendrix, Jemell Rayam, and Maurice Ward pleaded guilty, according to the Sun. This is evidence that although justice may have been long overdue, officers are now being held accountable for their actions. It also serves as a warning to law officials to serve and protect, not rob and steal as what’s done in the dark will always come out to light.

Finally, Mosby says, “It was a no-brainer when I charged those officers. I did my job. That accountability led to exposure. The Department of Justice came in a week after I charged those officers, exposed the discriminatory police practices of one of the largest agencies in the country. We successfully did that in 18 months.” That is certainly a feat and hopefully will bring hope and comfort to Baltimore residents.