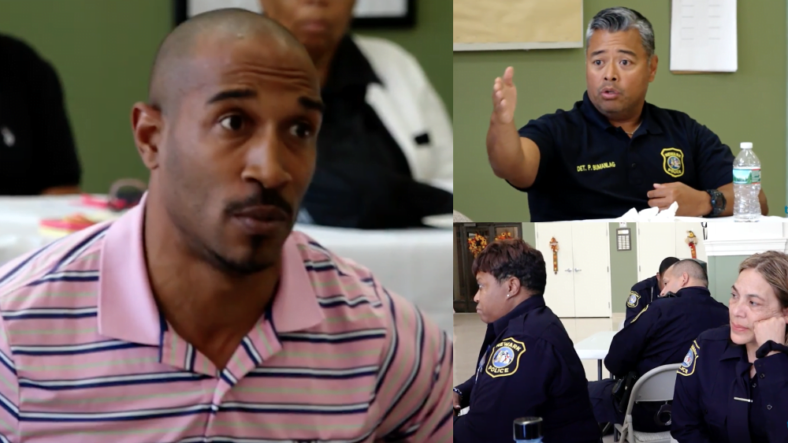 WATCH our award-winning video story “Tension, Trauma and Trust” above.  A written recap of the piece is below.

When Officer Navasha Rawa speaks, the pain and frustration in her voice are clear.

“Sometimes, I feel like people in the community forget that I’m coming to the scene to help,” says Rawa. “As soon as one police officer does something bad, every good thing that I’ve ever done has been sweeped under the rug.”

Rawa is a 22-year veteran of the Newark Police Department, an African-American woman, and mother. Recently, she came face-to-face with community members who say they can’t trust the police and have a good reason.

Officer Rawa is part of a brand new pilot program from Equal Justice USA, a non-profit organization working to transform the justice system nationwide. Known as “trauma-informed responses to violence,” the training puts civilians in the same room with police officers of all experience levels and races, although the day we profiled the program, the officers present were black and Latino.

Both civilians and officers have raw and often tense discussions about their experiences with violence.

“It took us 50 years to get federal oversight over corrupt policing in this town,” says Zayid Muhammad, a longtime activist in Newark. 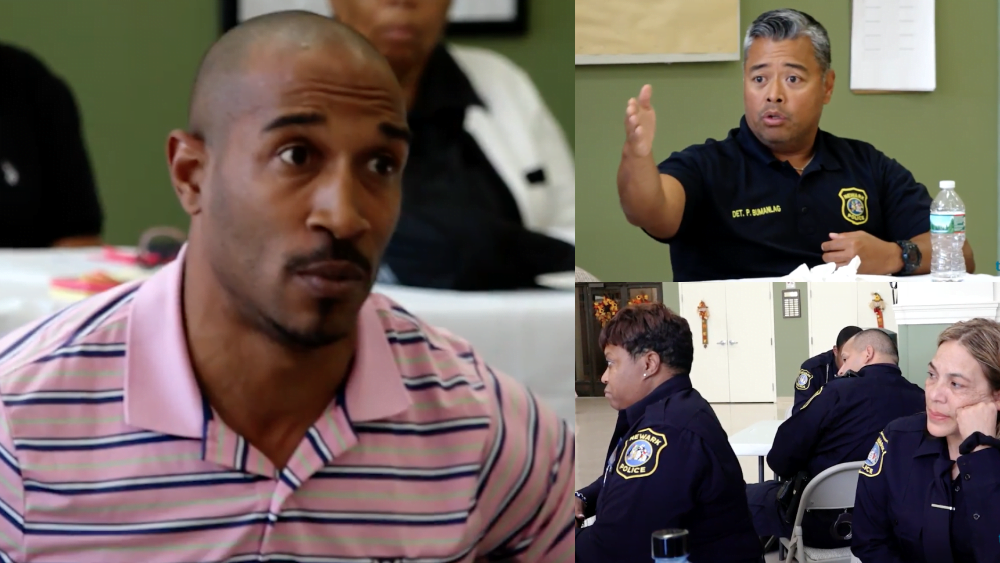 While the tension in the room is thick, clearing the air is exactly what’s supposed to happen.

“In the first session there’s a lot of tension,” says Fatimah Muhammad, director of the program. “You feel it in the space. We’re introducing information about not only people’s own trauma- but trauma at different levels. At an individual, chronic, historical level.”

The city of Newark reached a settlement with The Justice Department in 2016 over its unconstitutional policing practices, which had the most significant impact on racial minorities. Equal Justice USA’s police/community effort to build dialogue is meant to inspire advocacy and, eventually, policy changes.

What’s notable is that the program’s facilitators are black psychologists, who break down the physical, social, and emotional toll of seeing trauma- from police brutality to slavery and segregation.

Police officers also open about the trauma they experience on the job. Sakinah Cotton, a former Newark police officer who left the department to become a social worker, says officers are often taught to tough it out.

“After they left the job from a shooting, or stabbing with another kid they just were called on another job so that’s what you do, when you’re finished with one job, you don’t have time to process that as a human,” says Cotton. 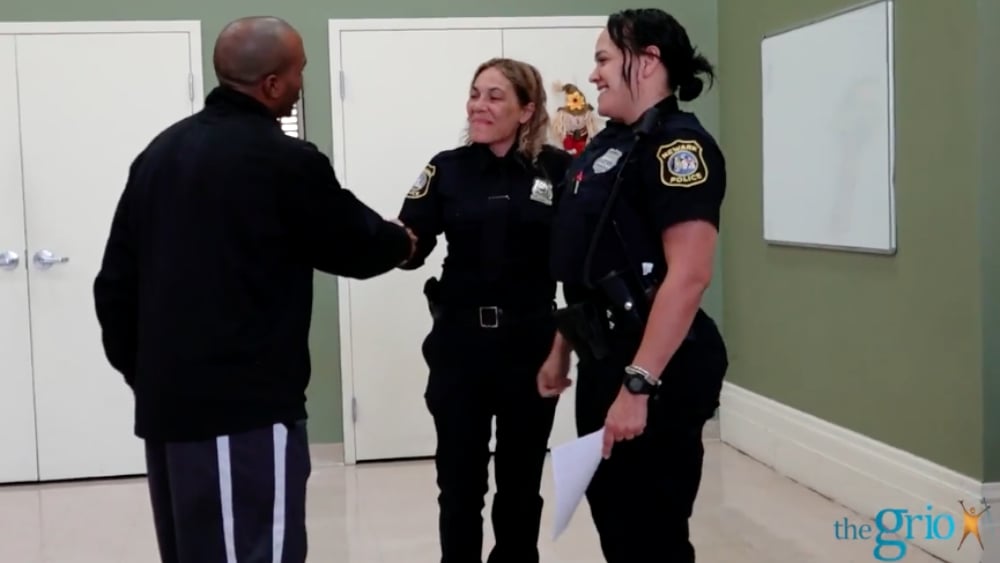 So far, the program has trained 117 police officers and 163 civilians, with groups meeting three times over the course of a month for 4-hour discussions.

Muhammad says the goal is to expand the program in Newark, training six more facilitators and eventually reach the entire Newark Police Department, as well as other cities around the country.

Officer Rawa says the training has changed the way she looks at her job and herself.

“It just brings it back to focus and gives you a new purpose when you go out there,” she says.