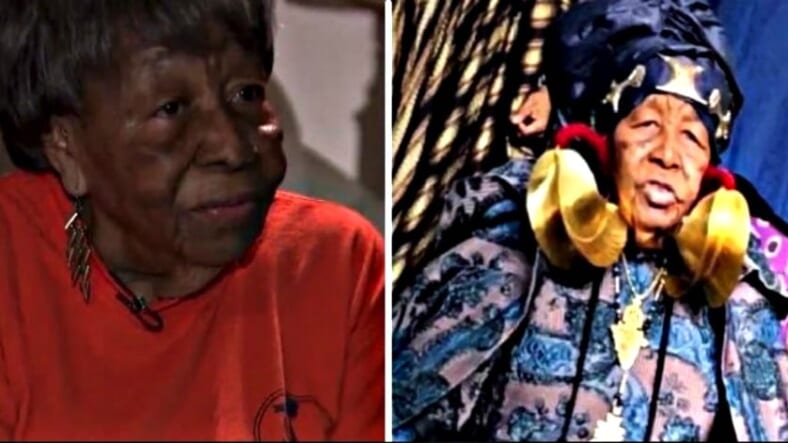 Dorothy Steel is a living testament to the adage “it’s never too late to pursue your dreams.”

And the 92-year-old Atlantan got her big break when she was 91 years old, landing a role in the mega hit Black Panther as the Merchant Tribal Elder giving advice to the King of Wakanda. Steel told WSBTV in Atlanta that she didn’t even pursue acting until she was 88!

“If anyone would have told me I would be an actor, I would’ve said you got to be out of your mind,” she said.

Casting callbacks don’t usually happen the way it did for Steel who submitted her audition and within an hour got a callback for a role in the blockbuster. And of all the movies, Dorothy Steel ended up being cast in one of the highest grossing Marvel Cinematic Universe releases of all time, on her first try!

Dorothy Steel also told the Atlanta station that she believes the female heroes in the film helped the movie break records at the box office.

Steel said her role as Tribal Elder was fitting, especially because on set she also doubled as the resident grandmother.

“Chadwick [Boseman] the King. Every day, he would make sure if I was on the set, he would come by and make sure he gave me a big ol’ hug and kiss,” Steel shared.

“We were one big melting pot of Black people and we knew we were doing something that had never been done before,” Steel added.

We sure hope that we’ll see Dorothy Steel in the second installment of Black Panther!