Daniel Kaluuya shut out at Oscars for ‘Get Out’ performance 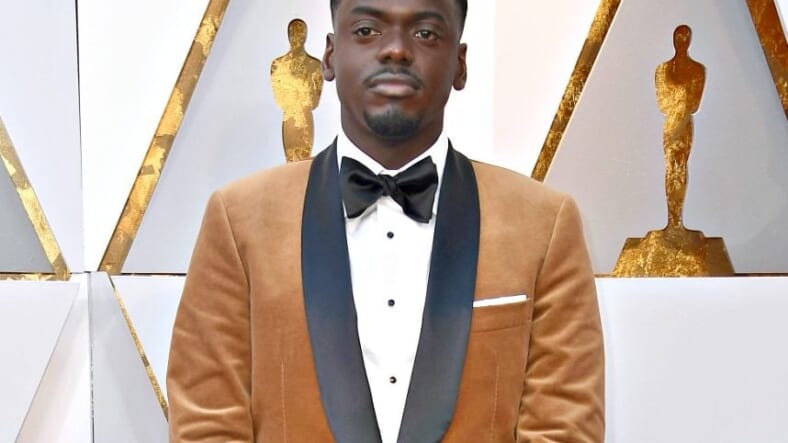 Get Out was nominated for four Oscars, including Best Original Screenplay, Best Director, Best Leading Actor, and Best Picture.

Jordan Peele snagged the Oscar for Best Original Screenplay but lost out in the Best Director category.

Peele’s win came as a surprise after recent reports said older Oscar voters dismissed the Jordan Peele directed film and refused to even watch it. Fans were also outraged at the film’s treatment. At last year’s Golden Globes it was nominated in the comedy category.

Even with the lack of Hollywood support, the movie smashed box office expectations. It became the highest grossing film for an original screenplay. And, on a $4.6 million budget to make, Get Out made $34 million in its opening weekend and Peele took honor of becoming the first African American writer-director to earn $100 million in his debut film.

While he didn’t snag an Oscar this year, fans are still enjoying Daniel Kaluuya as W’Kabi in Black Panther.

Get Out makes waves

Get Out, which has already garnered wide-ranging praise from critics and fans, tells the story of one black man’s experience navigating racial stereotypes, an interracial relationship and a wild and terrifying trip to meet his girlfriend’s parents.

Peele says he didn’t think Get Out would ever make it to the big screen because it was too “out there.”

“I thought it was my favorite movie that I hadn’t seen, so it was really fun to write,” Jordan Peele concedes. “But now that it has turned this corner and it seems to be relevant in even a more special way than it was originally intended… I feel like ‘Ok, now I can go do these other movies I want to do,’ and people will be paying attention.”

Peele tells us he doesn’t have plans for a sequel to Get Out, though his ‘racism is a franchise’ quip is certainly true. Instead, Peele is developing four other “social thrillers” he plans on rolling out over the course of the next decade.

“This movie was meant to give horror audiences but also black horror audiences some representation,” Peele says. “And a lot of I think what has ended up being fun about this movie and sort of a release is that it looks at racism in a kind of a new way. And it does, it gives us a hero in this real life horror.”