He schooled her in less than 60 seconds. 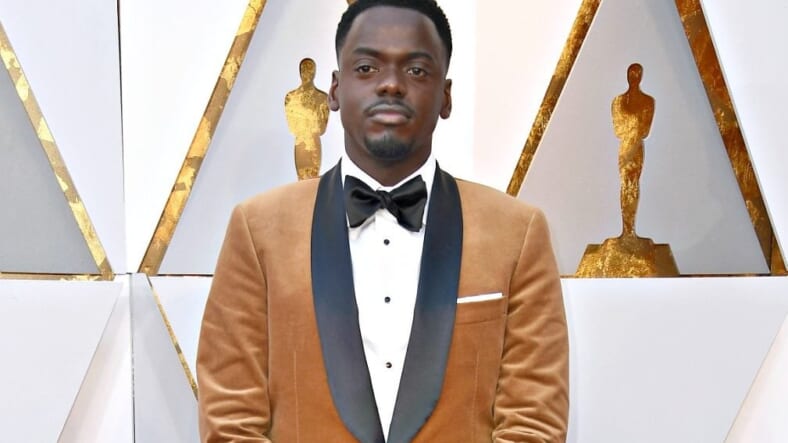 Daniel Kaluuya doesn’t mince words when it comes to making assumption about race.

Sunday, a British reporter learned this lesson the hard way during an awkward red carpet interview at the 90th annual Academy Awards.

During the exchange, Sky News Arts and Entertainment correspondent Lucy Cotter dismissively remarked that the film Get Out “ticked a lot of boxes and raised a lot of important things” regarding race.

The 29-year-old actor was visibly annoyed by the sly and insensitive insinuation that his film was getting the “token” treatment by the Academy and quickly corrected her.

READ MORE: Jordan Peele makes history with Oscar win for ‘Get Out’ screenplay

“We’re re not boxes though!” he explained. “Articulating a Black experience isn’t a box. It’s like, what we are articulating is our truth. We are human beings.”

To add insult to injury, during a pre-interview introduction, Cotter also seemed to forget that Kaluuya, who was born in London to Ugandan parents, is a fellow Brit; wrongly assuming that Gary Oldman was the only hometown hero nominated for an award.

“Can’t wait to see the Get Out lot!” she exclaimed to the camera. “It’s a film everyone’s talking about and Daniel Kaluuya. Obviously we’re hoping Gary Oldman will get the Best Actor award.”

Check out the cringe-worthy interview below.