Naomi Campbell will only work now if it helps black people: ‘I don’t give a f**k about fame’ 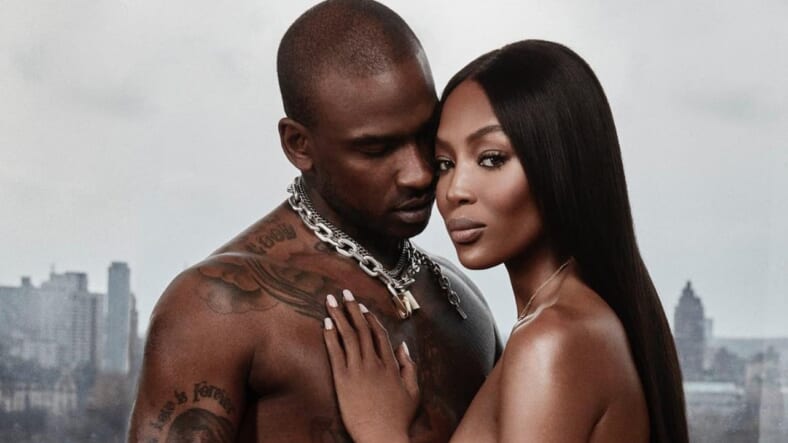 Naomi Campbell might be known for slaying the runaway and slapping a few sistas, but you better believe she’s down for her people and now says she only wants to secure jobs that will help propel them.

Campbell is on the recent cover of British GQ, looking smoking hot with her new beau Skepta and dishing to Blavity about why she wants to only take on gigs that helps black people. She’s got a lot to say about race, politics and her long-standing career in the fashion industry too. At this point in her career, she says it more about humanitarianism.

— EXCLUSIVE INTERVIEW: Mother of little girl who met Michelle Obama talks to The Grio about their unforgettable afternoon —

Campbell has worked hard to shun her “angry black woman” image. Campbell has positively revitalized her image in recent years, standing up for models of color. She was also the executive producer of The Face, taking a leadership role on a television show that itself promotes fashion diversity.

In the joint interview with Skepta, Campbell didn’t shy away from politics, saying:

“For those people that are ignorant, feel now that they can come out openly and show their ignorance because the leader of the free world is showing his,” she said speaking out against President Donald Trump.

Her 35-year-old boyfriend covered his ears when she started her rant on Trump. Skepta instead talked about the cultural hypocrisy he sees when black rappers are racist to white ones.

“One stage, whites were racist to blacks, but now black rappers are saying in their songs ‘White bitch, she’ll sniff a line,’ stuff like that,” he explained. “It’s like why can black rappers say that? If a white rapper said ‘Black bitch … He would get crucified for saying that. I think everybody deep down knows wrong or right, so when people are being racist they know they’re being ignorant.”

Naomi Campbell’s got a new love in her life and she stripped down to her bare essentials to show him off on the racy new cover of GQ.

The 47-year-old supermodel still got it as she poses with rapper Skepta for the British GQ cover shoot and her fans are here for it. When she teased the racy photos on her Instagram, fans replied:

“Naomi and skepta is everything we’ve ever needed’; ‘why did you delete your last post with that sexy man lol”

“Is this a joke because I’m crying’; ‘Love this! Love can come in all shapes, sizes and colors! #acceptance’; ‘Ok I’m here for this’; ‘SKEPTA X NAOMI.”

— EXCLUSIVE: John Boyega on Black Brits taking over and how faith fuels his success —

The line on the cover next to Skepta’s well-built body simply reads: “Race, Sex, Love & Power. When Naomi met Skepta.”

If Naomi’s exuberant face is any indication, the two are indeed in love and Naomi is having lots of fun leading her fans on.

She posted a few photos and then deleted them but not before her fans got to see Skepta’s six-pack on full display.

The photograph by An Le, shows the shirtless couple are wearing nothing more than a few pieces of jewelry and oversized smiles.