Several artists have come to the singer's defense amid the controversy. 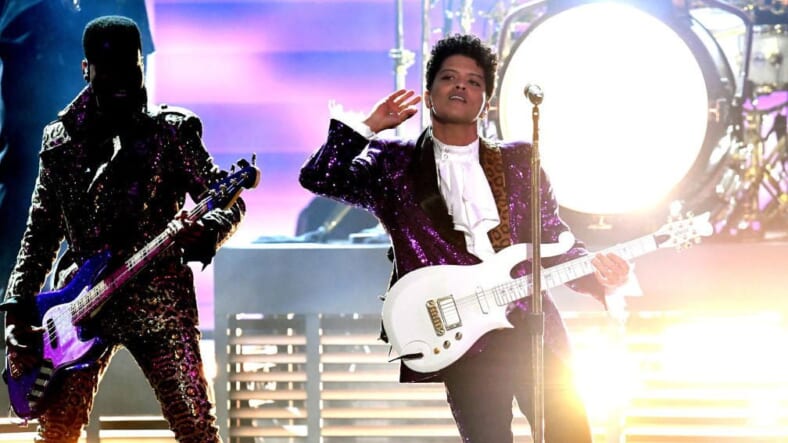 Bruno Mars is still being dragged by some folks who believe the singer is guilty of appropriating black music for his benefit.

While we can think of several reasons this non-argument is garbage, (he’s Puerto Rican, he always credits Black musicians for inspiring him, his hair just looks like that on its own) we decided to leave it to the professionals.

READ MORE: The last and definitive op-ed to shut down the Bruno Mars cultural appropriation nonsense

Charlie Wilson came to his defense, even after the 2016 lawsuit The Gap Band levied against Mars and Mark Ronson over their hit, “Uptown Funk.” In fact, Wilson credits Mars for bringing back a long-forgotten sound.

Kenneth “Babyface” Edmonds, who worked on “Too Good To Say Goodbye” on Mars’ 24K Magic album shared a similar sentiment about the singer after he racked up all those Grammys in February.

“I’m trying to make good-feeling music again and not be afraid of who I am and who I’ve been. Fortunately, Bruno (Mars) made it easy for us to be ourselves again.” Edmonds told Billboard, “I’m very proud of him and his accomplishments.”

He continued: “I had the opportunity to go into the studio and work with and write with him, and I had so much respect for his work ethic ’cause it was very close to how I did it, and how I do it. I think he’s genius in his approach and one of the best entertainers we’ve had in a very, very long time. I consider Bruno in the same category with Prince and with Michael Jackson; He’s one of those guys who can actually stand with those artists, and there aren’t a lot of artists I can actually say that about and say it with confidence and feel like he would deserve to be on that same stage as them.”

Beloved producer, 9th Wonder, had tons to say about the controversy and jumped to Mars’ defense on social media.

Music critic, Craig Jenkins, shed some light on another reason the arguments against Bruno Mars are a stretch to say the least. He also took to Twitter:

Accusing 24K Magic of robbing Grammys from black folk is bang on dumb because James Fauntleroy, Brody Brown, and Philip Lawrence got awarded for that album too. Did Halle Berry get one for being featured? MFs don't read.

Let’s not forget that long before accusations of cultural appropriation were hurled his way, Bruno Mars made every effort to highlight his Black influencers.

“When you say ‘Black music,’ understand that you are talking about rock, jazz, R&B, reggae, funk, doo-wop, hip-hop, and Motown. Black people created it all. Being Puerto Rican, even salsa music stems back to the Motherland [Africa]. So, in my world, black music means everything. It’s what gives America its swag. I’m a child raised in the ‘90s. Pop music was heavily rooted in R&B from Whitney, Diddy, Dr. Dre, Boyz II Men, Aaliyah, TLC, Babyface, New Edition, Michael, and so much more,” he told Latina back in January 2017.

“As kids this is what was playing on MTV and the radio,” Mars added. “This is what we were dancing to at school functions and BBQs. I wouldn’t be here if it wasn’t for these artists who inspired me. They have brought me so much joy and created the soundtrack to my life filled with memories that I’ll never forget.”

Additionally, Bruno Mars has made a habit of helping out artists of color to shine including Anderson Paak, Jorja Smith, Miguel and soon to be Cardi B, by having them open for him on worldwide, sold out tours.