NBC is calling it the role of a lifetime. 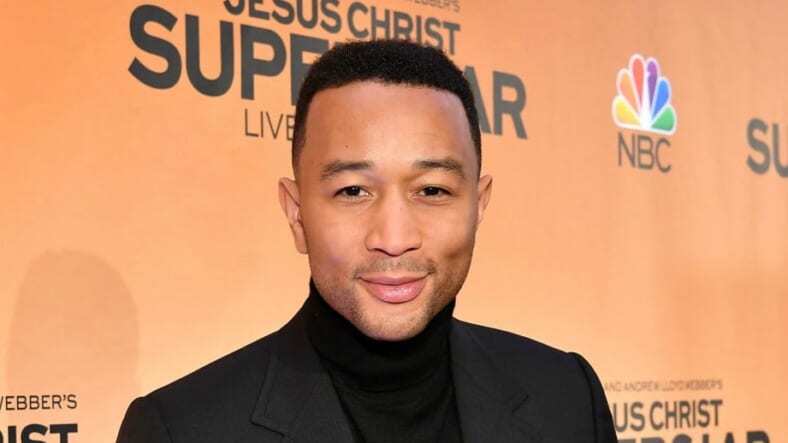 NBC has something special planned for Easter Sunday this year that will appease Broadway lovers and churchgoers alike.

The first promo video for Jesus Christ Superstar Live in Concert! is here (via EW) and it stars recording artist John Legend as Jesus, Sara Bareilles as Mary Magdalene, and Alice Cooper as King Herod.

READ MORE: The last and definitive op-ed to shut down the Bruno Mars cultural appropriation nonsense

The promo video features Bareilles — no newbie to Broadway, having composed and starred in the Broadway musical “Waitress” — singing the show’s signature song, “I Don’t Know How to Love Him.”

Veteran rocker, Cooper, of his famous “School’s Out” portrayal and “No More Mr. Nice Guy” is also a staple casting as well.

Legend— prior to his commercial fame — had a bit of experience with the musical stage when he directed a coed a cappella group while attending the University of Pennsylvania. He also once served as musical director at the Bethel A.M.E. Church in Scranton, PA, according to PennLive.

The promo video is the first reveal of the casting of the show which also includes Brandon Victor Dixon as Judas, Ben Daniels as Pontius Pilate, Norm Lewis as Caiaphas, Jin Ha as Annas, Jason Tam as Peter, and Erik Gronwall as Simon Zealotes.

The 1970s rock opera musical will broadcast in front of a live audience, both in person and on television. Jesus, Chris, Superstar is a dramatic concert staging of the final week of Jesus’ life, which is loosely based on the Gospel in the Bible.

Interpreted by Broadway’s legendary composer Andrew Webber and lyrical composer Tim Rice, the show was intended to be a stand-alone musical album prior to its Broadway debut in 1971. The story, both spiritual and political, was adapted in the 70s to have a then modern-day twist with cultural references and slang.

It is unclear if more modern updates have been added for the 2018 version, but it will soon be determined.

Here’s a look at what you can expect: