WATCH: Tamar Braxton shaves head on Instagram plus, what her son has to say about her new look 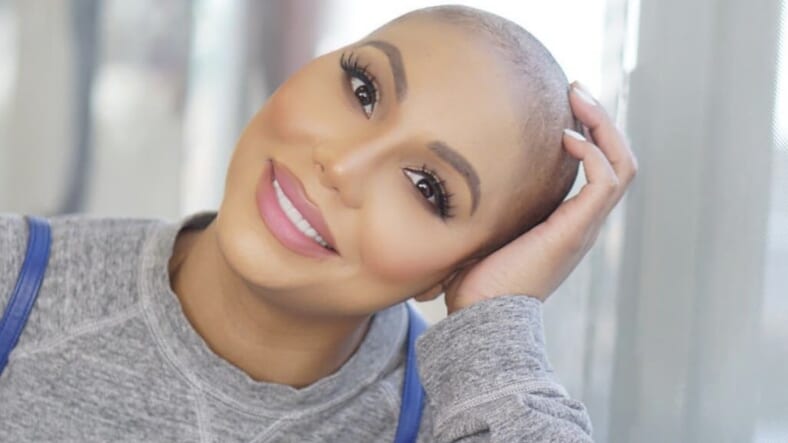 After months of public scrutiny surrounding her troubled marriage to Vincent Herbert, the Braxton Family Values star is making a big change.

Braxton is known for wearing beautiful wigs, weaves, and elaborate hairstyles in the past, but like many things in her life these days, she seems to be leaving it all behind.

The singer and former co-host of The Real posted a video on Instagram last night that showed a stylist shaving her head while Bobby Brown‘s “My Prerogative” blaring in the background.

“Im over feeling captive to a wig, weave, people, people’s comments & opinions hell…even my OWN feelings! WE can choose to stop these things from having the power and victory over us!! And for me, that starts TODAY ??‍♀️ #happysttamarsday,” she posted along with a snapshot of her new look.

It looks like Braxton is taking back her power and letting go of what her haters have to say about the way she chooses to live her life. Unfortunately, the drastic makeover didn’t seem to deter her 4-year-old son, Logan Vincent from busting her chops and throwing shade at his mom.

She later posted an Instagram video of her adorable son reciting one of his mother’s infamous “Hell to the no, no, no” tunes when she asked him to go to bed. He also called her “Mr. Mom,” and we’re pretty sure that’s a dig at her new ‘do.

“Welp! that is Beans ??‍♀️Thats what I get for doing too much in-front of my 4 year old? #happysttamarsday ? #goodnight”

Braxton isn’t the first Black celeb to say “bye-bye” to her hair. Her former nemesis, K. Michelle, shaved her head last year and Sanaa Lathan showed off her beautifully bald look a few months back.